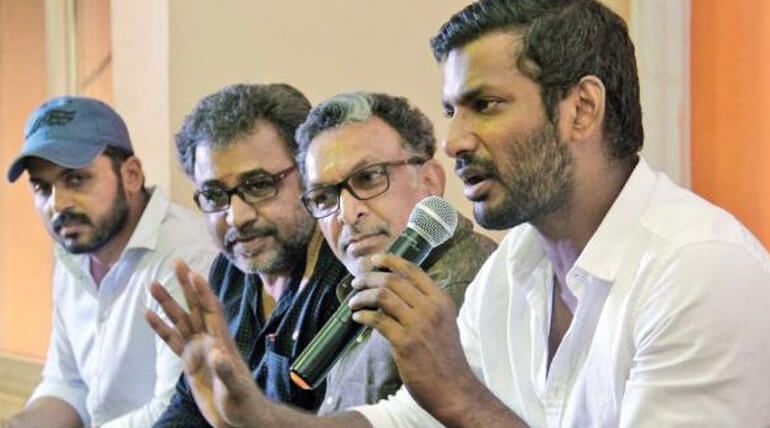 Actor and Vice President of Nadigar Sangam Ponvannan resigned his post two days before. Following this, Nadigar Sangam rejected to accept his resignation and given time to reconsider his action. Vishal, Nasser and the team had announced it in the press meet yesterday.

Meanwhile Ponvannan gave explanation of why he had taken this decision. He explained reasons for his decision as his team wants to continue without political marks. He was slightly hurt by Vishal's sudden entry to politics but he do not want to stop him.

Vishal called Ponvannan and explained his stand. No body is ready to accept Ponvannan's resignation. The team had earned good name due to their team work in the film industry. Now from the latest report we learn, Ponvannan takes back his resignation as vice-president of Nadigar Sangam. He will continue to work for the betterment of the organisation along with Vishal.