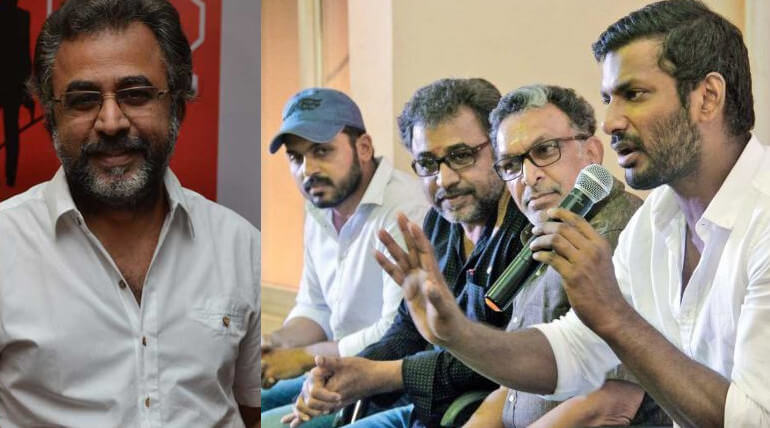 Actor Ponvannan resigns from his post in NadigarSangam due to personal reasons. He had been Vice President in SIAA after 2015 election. Nasser is being President and Vishal is a general secretary. Ponvannan was one of the pillars of the artists association and his resignation is considered as a setback for the team.

It is being said, Ponvannan steps down from Nadigar Sangam due Vishal's recent actions. Actor Cheran welcomed his move when he is addressing the media. Reportedly Ponvannan said that he had pushed to take this decision and without completing his leadership time.

Vishal is concentrating his works in Producer Council and also he is trying to enter politics. He is facing several issues following his announcement on contesting RK Nagar election.

Vishal Says Twist Of Tale : Officer claims that he threatened