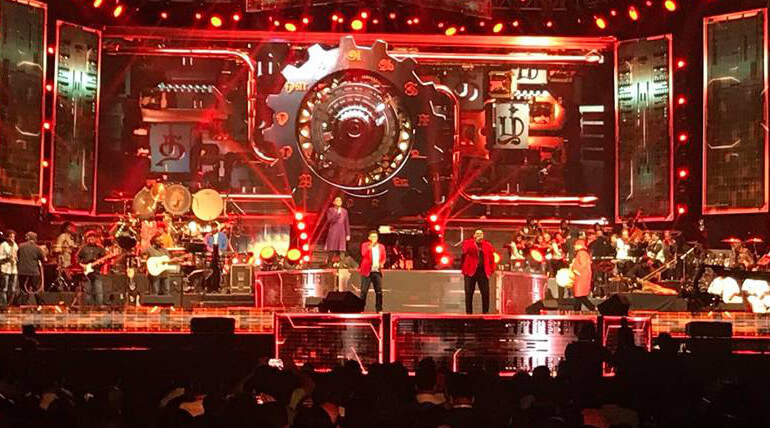 AR Rahman spectacular musical concert was held last evening at YMCA grounds, Nandanam in Chennai. Marking his 25-years-of- musical journey Isai Puyal in his home land performed Netru Indru Naalai concert. He had made concert in several big cities in aboard including New York which marked beginning concert of the celebration of 25 years journey.

This is a tribute concert in Tamil Nadu to pay respect to his homeland. The concerts are being presented by 7UP and  produced by Wizcraft International Entertainment. Rahman stated "These 25 years of musical journey was incredible and beautiful. I looked forward to perform at Chennai and people of Tamil Nadu are always special to me. It is a great privilege to perform here." He also thanked audience for their love towards him.

'Mozart Of Madras' was earlier caught into controversy for naming the concert in Tamil 'Netru Indru Naalai' (yesterday today tomorrow). His Bollywood fans got it wrong and some Hindi audiences walked out the concert insulting him.