Teens Involved In Gang Fight With Deadly Weapons Near Thiruvallur 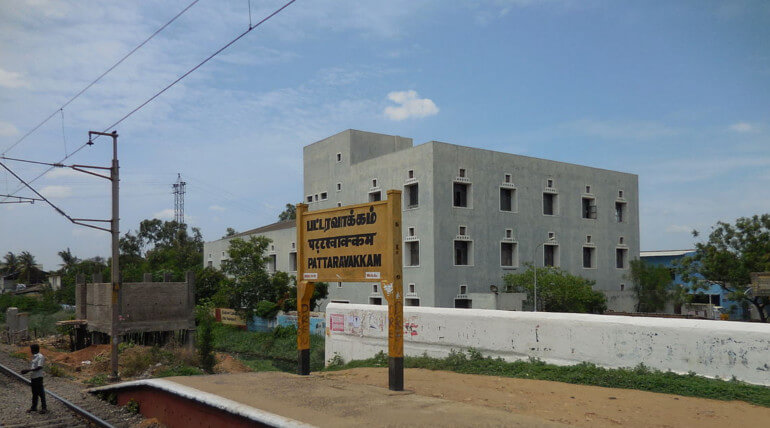 Teens Involved In Gang Fight With Deadly Weapons near Thiruvallur

Teens from Chennai region showed up in public with deadly weapons for the second time. Whether police fail to take look over teens involving in violence?

A gang of masked teens chased down another group of students and slashed them with swords and knives at Pattaravakkam railway station of Tiruvallur. An electric train from Chennai central railway station arrived Pattaravakkam around 4pm on Tuesday (January 30, 2018). When the train made its stop at Pattaravakkam station a group of masked teen suddenly jumped into the platform from the train with swords and knives. They chased another gang of teens and slashed them with the weapons.

The opposite gang started to retreat them but failed as left with empty hands. Three were injured severely. The gang with weapons threatened the public around with the weapons and pelted stones to scattered them away.

The railway police department had started investigation on the very crime scene dared to be done in public. The report from some media says that the teens involved in the crime are students from Thiruvallur and Arakoonam areas.

This is not the first such incident happening near Chennai. Recently a group of students have scared the public by scratching the platform with swords near Nemilicherry had been arrested by police. These two incidents have created a huge fear among the people of Chennai. Incidents like these show the inability of police department in controlling teen violence.

Teens Involved In Gang Fight With Deadly Weapons Near Thiruvallur