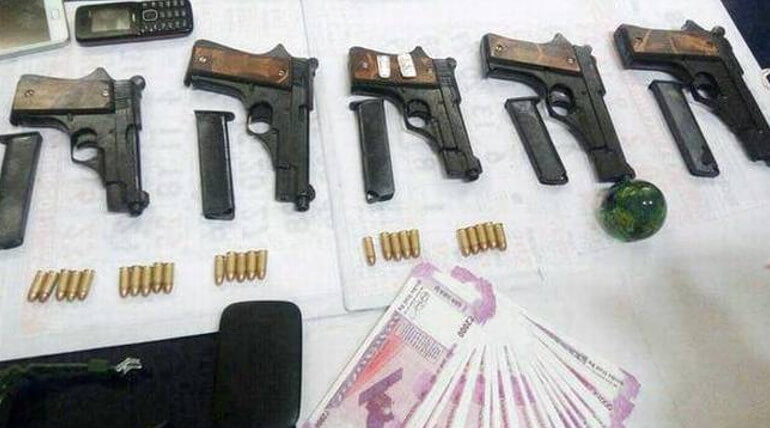 Chennai police have arrested Pradheep (27) and Kamal (28) on Saturday (27th January) with a chase near Vepery of Chennai. The police have charged cases over them for illegal trafficking of unlicensed pistols and Fake Rupee Notes.

In the investigation, police came to know they were residents of Perambur and they receiving the illegal stuffs from Assam. Pistols were ceased from them and Trichy police have arrested police officers and two women with unlicensed pistols by the information gathered from those two.

Into the further investigation, the police had claimed some shocking information from them. They have been arrested already and been in prison. Their heads were on the listed criminal of NIA, Mohammad Rafeek. Mohammad had been arrested by NIA officials and kept in Puzhal since 2014. Pradeep and Kamal had been friend zoned by Rafeek.

Rafeek requested them to smuggle pistols and fake notes from West Bengal. They have accepted the deal for huge money and started smuggling and selling the pistols to local rowdies and some big hands. They bought the stuffs from PAK terrorists in West Bengal, who intruded in illegally.

Rafeek had succeeded in funding PAK terrorists through Pradeep and Kamal. Following the statement given by the smugglers, now the police department decided to take Rafeek in custody and start further investigation with him and started their search for the persons who bought the unlicensed pistols from them.