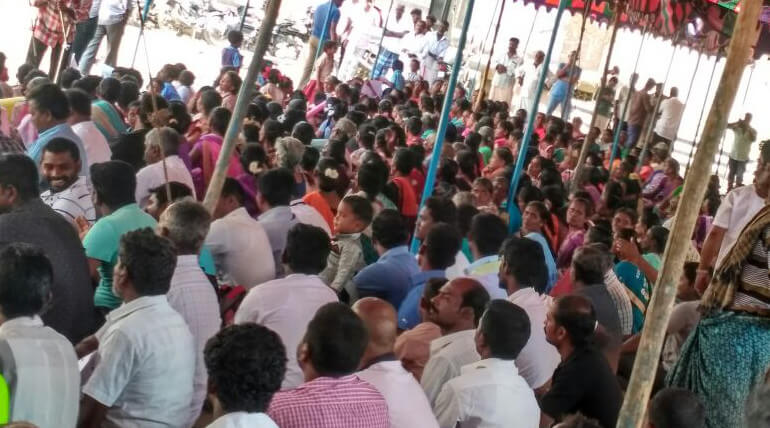 For past 4 days protest against the Sterlite copper plant in Thoothukudi becomes stronger after they came to know the expansion of the company. People were already protesting against this plant for decades together as it is polluting the environment. Already they are drinking contaminated water and as per the reports several are affected by incurable diseases. Report says, kids in the district are being affected by unknown diseases.

People around 270 including school kids, women and aged people involved in the peaceful protest from Monday. Over 250 protestors including kids were detained by police on Tuesday. Kittu, an activist is fighting against this plant for the past 20 years.

He says "people are facing consequences for decades and drinking contaminated water. They began hunger strike when they hear the plant will have expansion. Police warned to disperse but they continued the protest peacefully. The police removed them forcefully when they did not agree to disperse".

The activist also asked what is wrong in protesting when the people face danger for their livelihood. But sources from company side say they have all permission to expand the plant and also acquired permission from pollution control board.

People in the nearby area say kids are suffering from wheezing problems. Air and water are completely polluted. There also rise in infertility problem, throat problems, asthma, breathing problems and other respiratory issues because of the smoke.