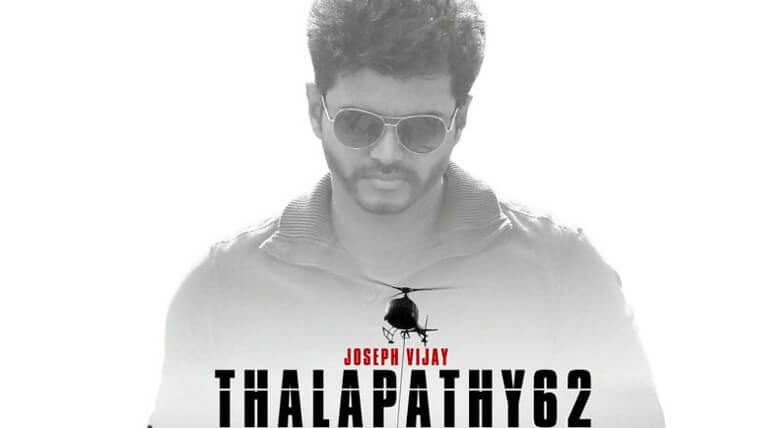 One of the highly anticipated projects of the year Thalapathy 62 shooting is currently happening in Kolkata. According to the sources, AR Murugadoss had planned to wrap up the action sequence of the film in Kolkata by Feb 20th.

We learn the shoot is going on in brisk space as per the plans. Yogi Babu who is playing an important role in the film had tweeted "#Thalapathy62 shooting going nice"

The popular Telugu stunt masters Ram and Lakshman are roped for the project. The duo had won multiple Nandi Awards for their works. They have worked more than 100 films in Telugu film industry. They are working for Tollywood big projects like Allu Arjun's Naa Peru Surya, Mahesh Babu's Bharath Ane Nenu and Ram Chanran's Rangasthalam.

The multiple times National Award winner ace Editor Sreekar Prasad is taking care of cuts. He had shared the film has strong social message which will connect well with the common man. It also has the proper mix of commercial elements and will be good commercial entertainer.

Popular writer Jeyamohan who is penning dialogues for the film had said the movie has the strong emotions and content driven. The director at the start of the shooting had confirmed the film is a Diwali 2018 release.

The several big movies were confirmed as Diwali 2018 release including Ajith's Viswasam and Suriya's untitled project. Meanwhile Rajinikanth's 2.0 is pushed up again that was slated for April 27.