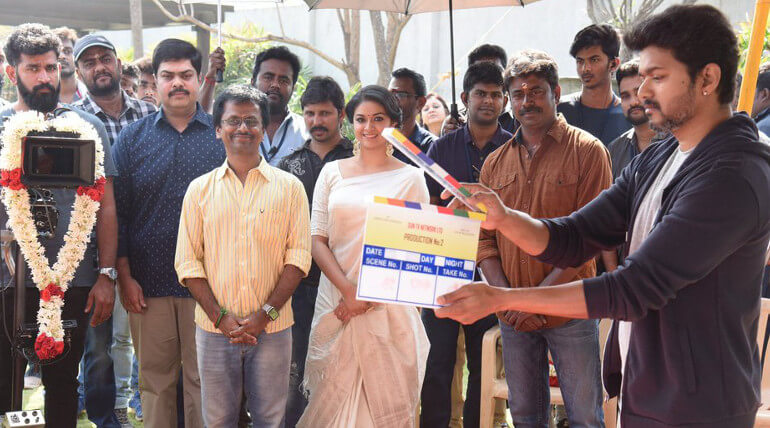 Thalapathy 62 is being talk of the town from much before the movie started. The movie commenced on floor this week with simple pooja and started rolling. Director AR Murugadoss had announced, Vijay 62 will be Diwali 2018 feast.

The audience are expecting more details from the makers about the movie. Keerthy Suresh had been finalized as heroine and she had started rolling. Vijay is reported to play dual role in this. Meantime, the team is in talks with 'Vanamagan' fame Sayyeshaa to pair with 2nd character of Vijay. Yogi Babu and Prem Kumar are roped to play the supporting roles.

The movie is getting bigger with talented and world-class technicians. The famous writer Jeya Mohan who is working in 2 Point 0 and Indian 2, is roped to pen dialogues of Vijay 62. He was approached almost a year ago for this project and we hear the dialogues have completely been done.

The writer had worked in films like Angadi Theru, Kadal, Naan Kadavul, Neer Paravai, Kaaviya Thalaivan, Papanasam and others. There are rumours that he film is about fishermen or farmers but nothing has been officially confirmed.