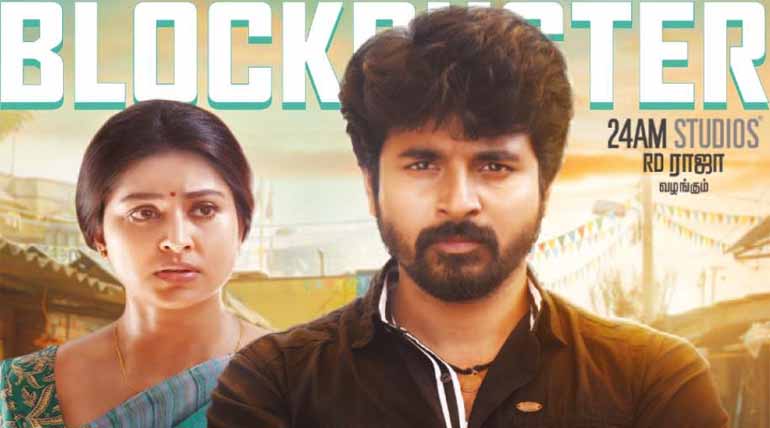 Velaikkaran was critically acclaimed for the content and is running successfully in all theatres till now which was released in last year December. The movie carries the key content that is very important for our society right now. It shows the danger of taking the packed food for our kids. The movie was largely welcomed by our audience for the screenplay of director Mohanraja and his fresh content.

Sivakarthikeyan, Nayanthara and Anirudh's music are other crowd pullers of the film. Now the production house 24AM Studios had come up with noble action of screening the trimmed version of Velaikkaran for the school kids in free of cost.

They called theatre owners and educational institutes to support them. The movie will be screened in threatres across the state from 1st Feb to 12th Feb for school children.

The movie will be trimmed and cut down that fits for the school kids. The makers want the core content to reach the kids which are our future. They stated "The depth of the problem in our day-to-day food culture to the students who form the world of Tomorrow".

They thanked the cast, crew and production members for making the movie a grand success. They also thanked the Media for their great support.