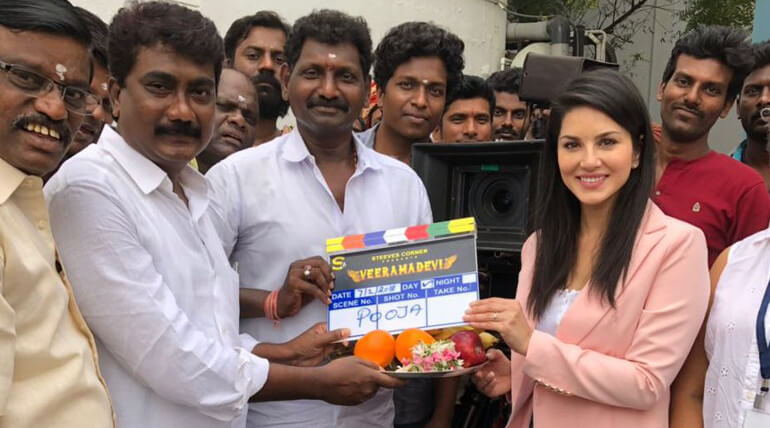 The popular Bollywood actress Sunny Leone Tamil debut Veeramadevi goes on floor today at Chennai. It is touted to be period war drama about the warrior princess lived in Tamil Nadu. Directed by VC Vadivudaiyan and produced by Ponse Stephen under the banner Steeves Corner, the movie was announced on December last year.

The film will be multi-lingual project that will be released in Tamil, Malayalam, Telugu, Kannada and Hindi. As per the plans, the movie was started today with formal pooja. As per the sources, the actress had the special sword fighting and horse riding training for her role.

Vadivudaiyan had directed films like Thambi Vettothi Sundaram, Sowkarpettai, and Pottu who made his debut Saamida in 2008. Veeramadevi is said to have grand VFX works that could be treat for the audience.

Motta Shiva Ketta Shiva fame Amrish Ganesh is scoring music for this project. The movie to feature Navdeep in villain role while veteran actor Nasser to play pivotal role in it. Sunny Leone who was excited to star in this historical film said she always had desire to act the role of the very determined and independent woman like Veeramadevi.

It is her lead role in Tamil cinema, Earlier she had appeared for a song 'Low Aana Lifeu' in Tamil movie Vadacurry. She had also made special appearance in several languages like Kannada, Telugu, Marathi and Bengali. 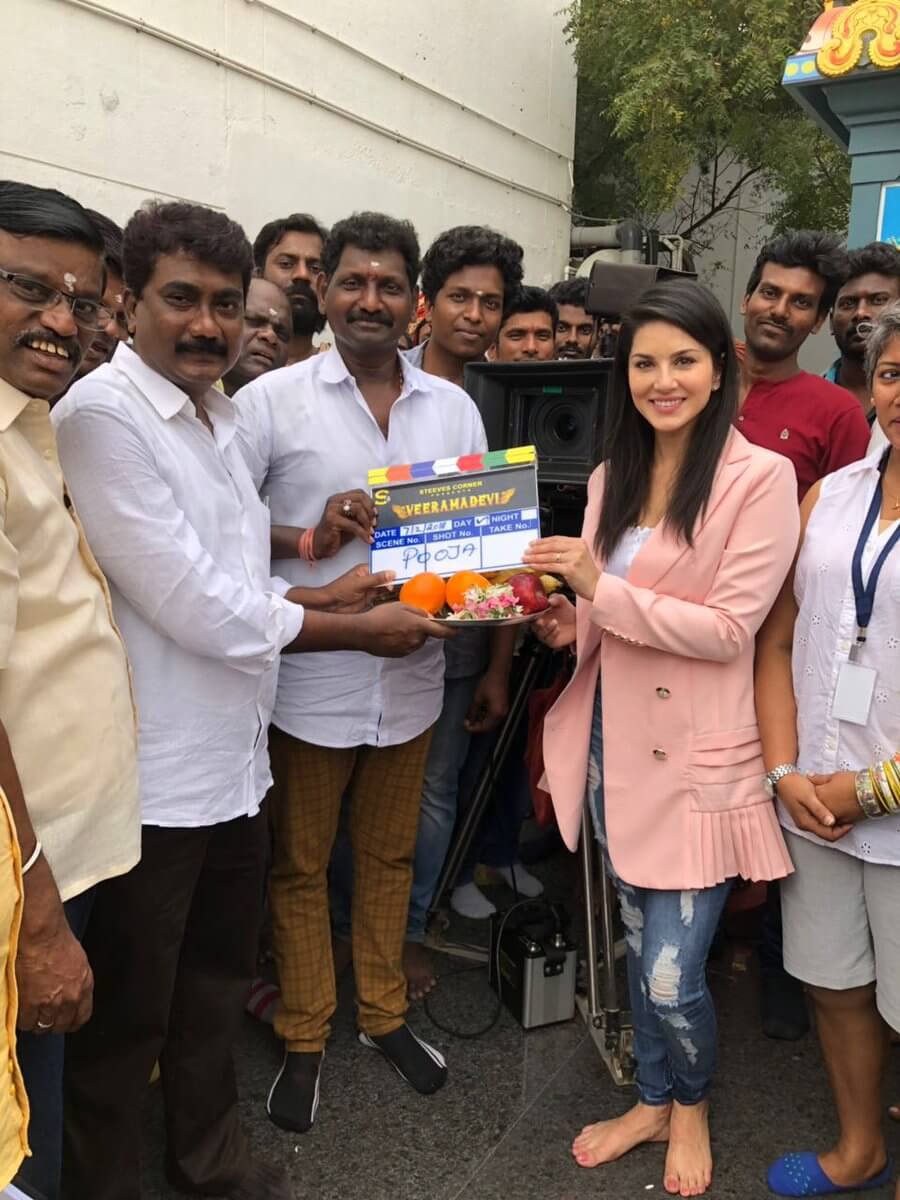