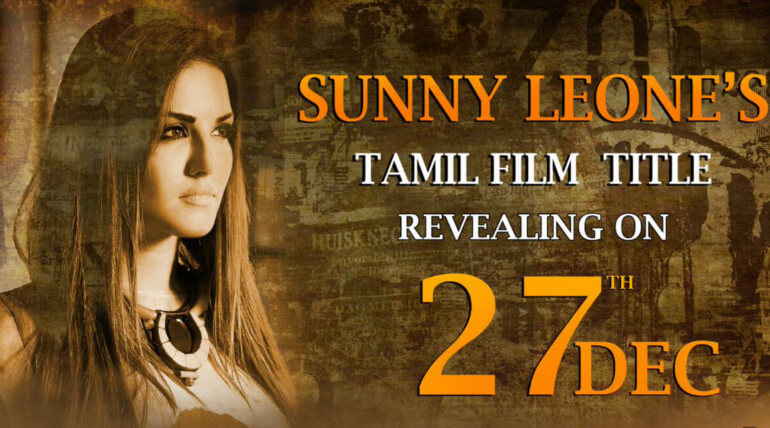 Bollywood hot actress Sunny Leone is coming to south for the first time in a key role that too for the Tamil Movie. Her fans are happy about it and eager to know her film title. The team had revealed the last letter of the movie and made audience to guess the title. The title ends with letters 'vi' and whole title will be revealed in few hours.

Ponse.Stephen under Steeves Corner is producing the film. Amrish of 'Motta Siva Ketta Siva' fame is tuning music and Viveka is penning lyrics. The other details are yet to be announced.

The actress had made her debut for cameo appearance in south Tamil, Telugu and Kannada film industries. She had also acted in Marathi and Bengali movies in special appearance. She had appeared for 'Low Aana Lifeu' song for the Tamil film Vadacurry in 2014.