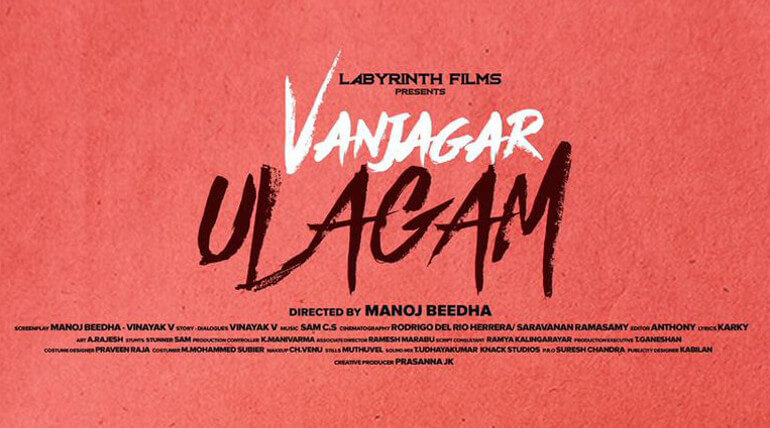 Guru Somasundaram who had attracted audience with his drastic performance in Jigarthanda and Joker is back with an interesting crime thriller Vanjagar Ulagam. The first look of the film which was released 2 days before looks quite unusual.

The team released the trailer few hours ago which seems to be fresh and raw script. The trailer is attractive with background score of Sam CS.

The ace director Gautham Vasudev Menon shared "Saw a sneak peek of this a week ago. #VanjagarUlagam Breaking fresh ground!".

Vikram Vedha fame Sam CS, who worked on this project shared "Elated to work on #VanjagarUlagam, here is the trailer. Music coming soon. Comment your thoughts on trailer below."

Dhananjayam Govind had tweeted "Very new presentation @SamCSmusic #VanjagarUlagam is interesting". The young star Gautham Karthik had also praised about the trailer. He says it is an intense trailer with powerful BGM.

An intense, raw and captivating trailer. Backed up by an equally powerful bgm by @SamCSmusic #VanjagarUlagam Directed by @manojbeedha_dir https://t.co/2I1WVO5UnU

Congratulations and all the best brother!
Rock on!