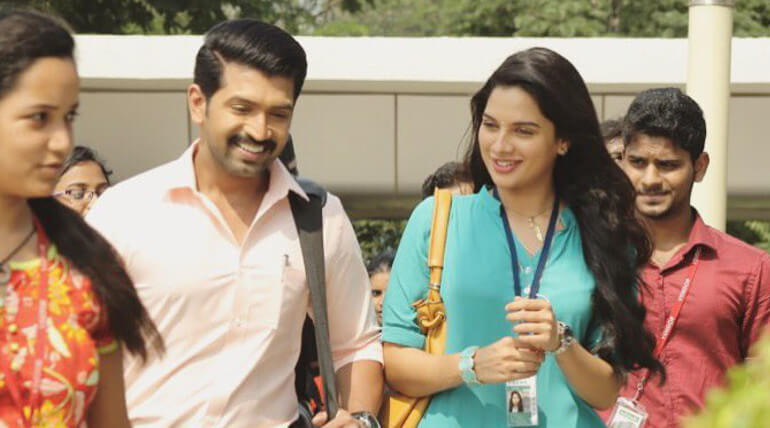 The teaser of the film was released during Pongal this year and earned massive responses. Arun Vijay updated "Done with the shoot for #Thadam !! It's going to be a wrap for the film today.. post production will be done on full swing.. working to deliver the best product for you'll.. will keep you'll updated.. My next big  announcement will be out shortly.. #surprise !"

Directed by Magizh Thirumeni and produced by Inder Kumar of Redhan Cinemaas the movie has Tanya Hope, Vidhya Pradeep and Smruthi Venkat as female leads. Arun Raj music glimpse was rocked on the teaser. The audience are expecting the updates from the team sooner. The trailer and audio are yet to be released by the team.

The teaser showed Arun Vijay and Vidhya Pradeep as cop investigating the crime which has no evidence. The movie is touted to be based on the true story.

Arun Vijay earlier clarified the script is taking time to complete. Now it was over and entered post production stage. The movie has DOP Gopinath and Editor Srikanth NB and Amaran for Art works.