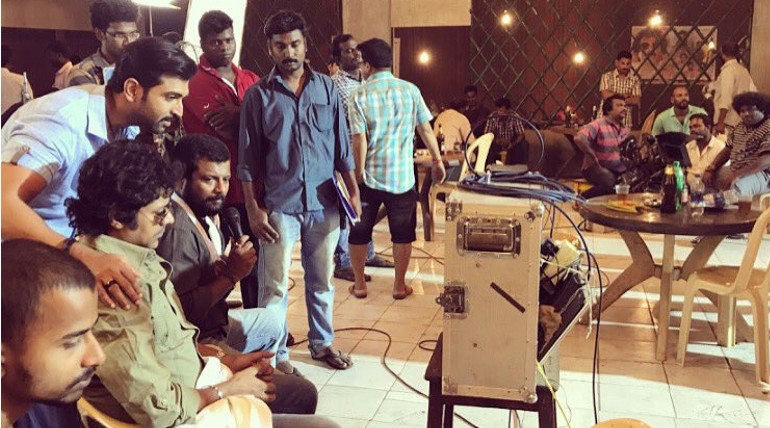 Arun Vijay's much anticipated investigating cop thriller Thadam is in final stage of shoot. The song shoot is happening and the team expected to wrap the film with this song shoot. The star had shared the final schedule is happening with Dinesh master. It is a dance number thapputhanda is canning and we can expect the super dancer Arun Vijay in it.

Magizh Tirumeni directing Arun Vijay starring investigative thriller is getting ready for wrapping up. The film is to enter post production pace. Arun Vijay plays the dual role in this flick and he one of his character is a police officer.

The movie has Tanya Hope, Vidhya Pradeep, Smruthi Venkatram and FEFSI Vijayan are playing the important roles. Yogi Babu and Meera Krishnan are playing supporting roles. Produced by Inder Kumar of Redhan THe Cinema People, the movie is based on the investigating the crime.

After the much acclaimed Kuttram 23, the star will be seen in this film. He had early said the script of Thadam is demanding more time and planning as a early 2018 release. Arun Raj is composing music, Gopinath handles camera and Shrikanth is editing it.