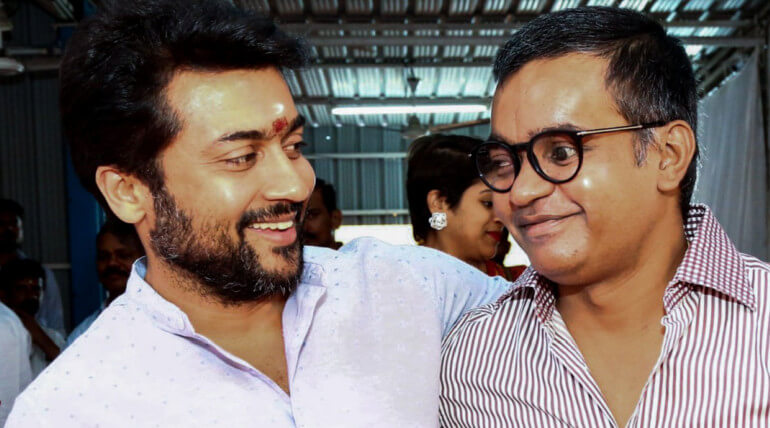 Suriya 36 art director Vijay Murugan and team have constructed a lavish Ambasamudram town of Thirunelveli district in Chennai at a cost of Rs. 3 cr.

The team was in short break after its first schedule and they resumed the shoot today. The second schedule will be happening in this set for 20 days with the lead and other pivotal casts.

Suriya's yet to be titled film director Selvaraghavan is under great anticipations which is slated as a big 2018 Diwali release. The art director had recreated an entire town including houses, temple and other buildings that resembles like Ambasamudram.

The movie will be having 2 heroines Sai Pallavi and Rakul Preet Singh. Yuvan is reported to have completed few songs already. SR Prabhu of Dream Warrior Pictures who is bankrolling the movie had revealed Suriya is making dual role in this film.

The grand set was created with almost 200 crew workers under the supervision of art director. As the producer and director felt it will be hard to take these crucial scenes in real locations, the makers had created this huge reel set which will be convenient to take shots what they needed.

To be noted, Velaikkaran team had constructed huge slum area set in about 4 acres which received outstanding appreciations from people.  The movie also got huge promotion with this set.