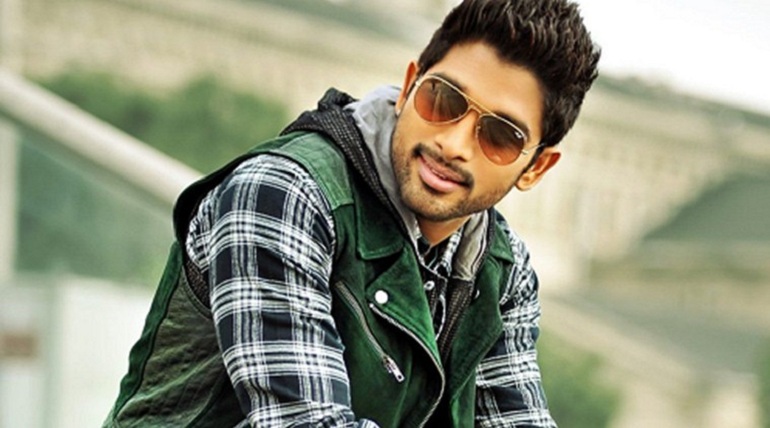 Allu Arjun is one among the leading actors of Telugu Film Industry. Through his outstanding dance performance, he had covered many audiences in Telugu. Since his movies were dubbed in Tamil, Kannada, Malayalam, Hindi and some other languages, he acquired popularity in other film industries also. His movies such as “Yevadu”,” Son of Satyamurthy” and “Rudramadevi” were dubbed in Tamil earlier.

In these circumstances, following the Telugu actors Prabhas and Mahesh Babu, the Chennai born actor will also debut in a Tamil movie with the actress Anu Emmanuel playing the female lead.  The Telugu film, “Naa Peru Surya Naa Illu India” is completed and its Tamil version is titled as “En Peyar Surya, En Veedu India” as announced by the production team recently.

The trailer of the movie released in January 2018 revealed that the actor would act as Military Officer and the movie would be action-thriller. But, Tamil version of the trailer is yet to be released.

Arjun, Sarath Kumar, Nadiya are the notable Tamil actors who performed in this movie in important roles. According to the latest reports from a trusted source, Pa. Vijay was involved in writing dialogues and lyrics for the movie.

The movie is reportedly written and directed by Vakkantham Vamsi while the music is composed by the duo Vishal and Sekhar jointly. It is produced by Ramalakshmi Cine Creations.

Reports suggest that the film is expected to roll on floors by April.

Meanwhile, Allu Arjun would also tie up with director Lingusamy in a bilingual movie which is yet to be titled, confirmed by the director in a movie launch function.