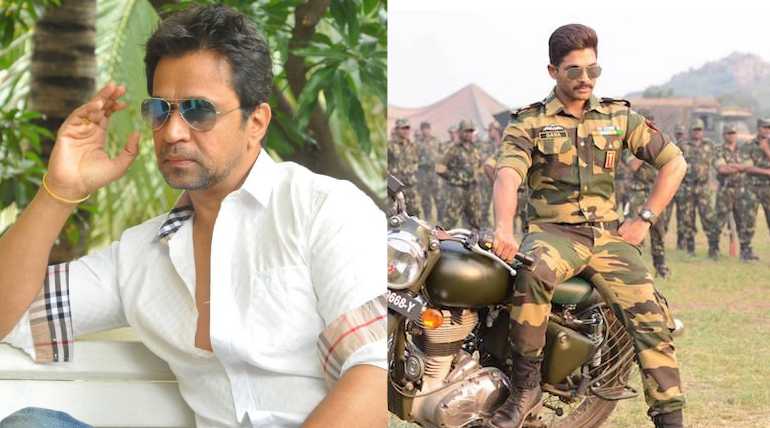 The popular Bollywood duo Vishal – Shekhar had composed the music. Directed by Vakkantham Vamsi, the movie has Arjun as father of Allu Arjun. Arjun also dons the role of psychiatrist in the film. He had an important role equivalent to the hero. The director says his dialogues will be massive and grabs audience attention.

More over the movie has Allu Arjun as a army officer while Anu Emmanuel is pairing with him. Sarathkumar is playing an important role in it. The movie is said to be dubbed in 7 different languages and the team planned for summer 2018 release.