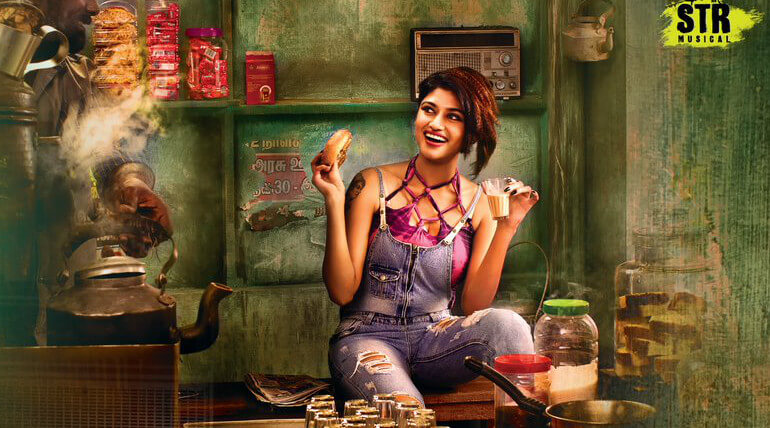 Oviya's next with director Anita Udeep is titled 90ML and its first look was released yesterday. The other great news for Oviya fans is STR is on board to score music for this film. STR turned music director in Santhanam's Sakka Podu Podu Raja and 90ml is his second movie. He had scored New Year single 'Marana Matta' where Oviya crooned it.

Oviya is doing lead role who grabbed hearts of households and youngsters in the reality show Big Boss by her straight forward and kind action towards others. 90ml movie first look is interesting, Oviya is seen with the cup of tea and bun in the tea shop.

The movie will be having Arvind Krishna as Director of Photography, Anthony for editing section and Nviz Entertainment is producing it.

It seems movies lined up in Oviya's kitty. She will be main lead in popular franchise Kanchana 3 with Raghava Lawrence. She had comedy colourful entertainer Silukkuvaarpatti Singam sharing screen space with Vishnu Vishal directed by Chella. The popular comedy sequel where she was introduced Kalavani 2 was recently announced. Her debut Telugu film Idi Naa Love Story was released and earning mixed responses.