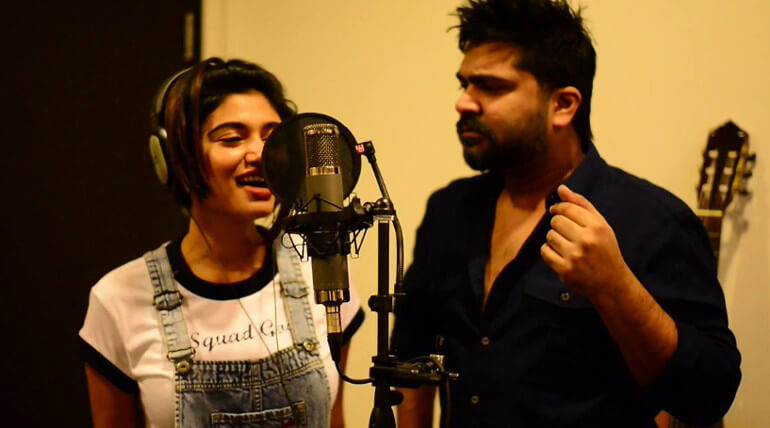 The multi-talented actor had committed for another project as a composer that to be helmed by producer and director Anitha Udeep. The team has released a single titled 'Marana Mattai' composed by Simbu while it was sung by Oviyaa, Harish Kalyaan and STR.

The song was penned by STR along with Mirchi Vijay. The song lyrical video was released on the eve of New Year 2018 and it reached over 3 millions views. It is a high energy New Year song with Kuttu tune. Simbu along with Oviya stills stormed on the net and raised several controversies.

This song is for the untitled movie where Oviya plays the lead role. The other casts and crew details are yet to be announced by makers.

Oviyaa is currently busy with Kanchana 3 and recently signed for Kalavani 2. It is expected Simbu and Oviya will soon share screen space onscreen in the movie.