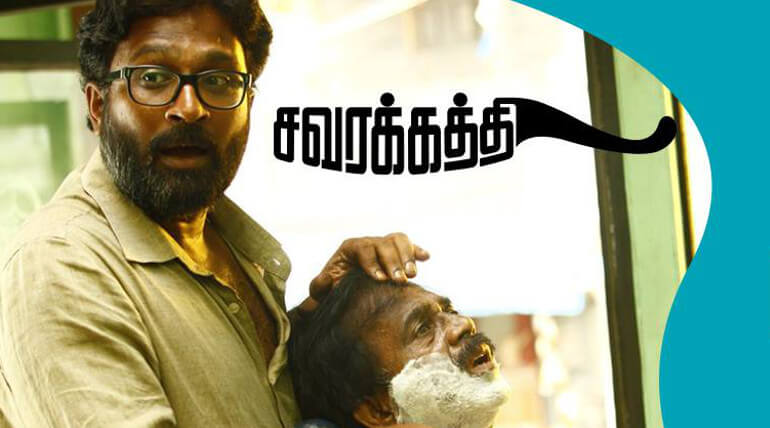 Ram and Mysskin featuring Savarakathi is set to hit theatres from tomorrow. Mysskin's brother G. R. Adithya directed Savarakathi movie and its snippets were released by the team.

It shows all the events in Savarakathi had happened within a single day. Ram as Pichai is portrayed as a barber who is bored by his profession. He is also a big fat liar and a bluffer. Meanwhile, Mysskin is essaying the role of local money lender who is chasing Ram and kidnappings his wife.

Poorna will be seen as Ram's wife who daringly dons the role of hearing impaired pregnant lady with 2 children. Poorna has the strong performance oriented role apart from Ram and Mysskin. The main highlight of the movie is, the subject had been handled in a hilarious way.

Arrol Corelli who made maiden project with Mysskin for Pisasu had scored music for this project. Mysskin earlier in an interview said he was inspired by real barbers for scripting this movie. The team also shared some real barbers how they live today.

A female barber Thangavel Devi lives in Palladam, Tirupur district had set up her own saloon in her place. Meantime they quoted another billionaire barber Ramesh Babu who owns 400+ cars including BMWs, Jaguars and Rolls Royce.