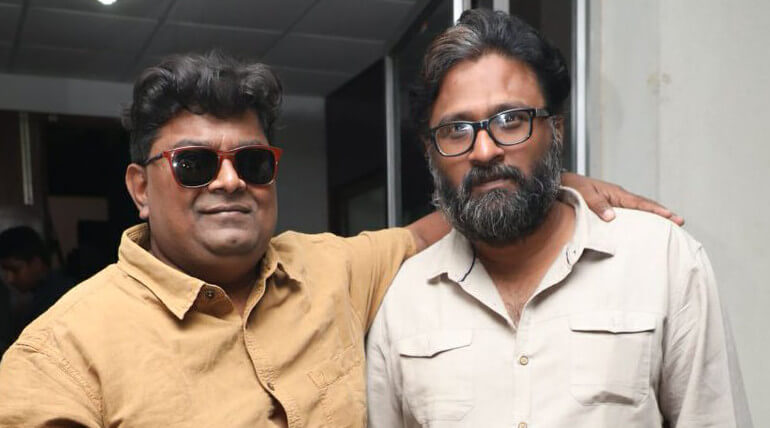 Mysskin, who is known to give bold and frank speech again, repeated this in his upcoming Savarakkathi press meet held yesterday. The full-fledged promotions are happening for the movie that is set to hit big screens on Feb 9th.

GR Adhithya, the director of Savarakathi is Mysskinâ€˜s younger brother. Mysskin at the event said he threw slipper on him when he asked to work as assistant to me during Anjathey. Now he is back as director after working with several directors including Parthipan.

Director Ram and director Mysskin are first time working as actors in another person direction. Mysskin at the event spoke "People want to talk about my film even after 50 years and after his death. I have no belief in making my name in title card as Mysskin's movie, due to buyers' requested I had accepted it. I regret to my brother and director Adhitya for using my name big instead of his name.

I did not get any profit from this movie. I want to do good movies and this is that kinda with fun ride. I have sold to the buyers who like it from their bottom of their heart. It is a genuinely made film where I do not want to compromise by adding any commercial elements in the screenplay. It is very very simple movie and has genuine concept."

"Ram is a fantabulous film maker. He had made a best movie Peranbu and waiting for release. I am proud to be associated with him. While coming to Poorna, without her the film would be a failure. She had delivered such a wonderful performance. She perfectly dubbed her own voice after 10 days of rehearsal. I will thank the actresses who avoided to act in this film. If I have roped them, my film will definitely be failure. I will say Poorna is 90 percent responsible for success of this film."

"It is a good movie and I will not request everyone to watch this movie in theatres. I will not say Tamil Rockers not to upload his movies. Everyone must to their own jobs."