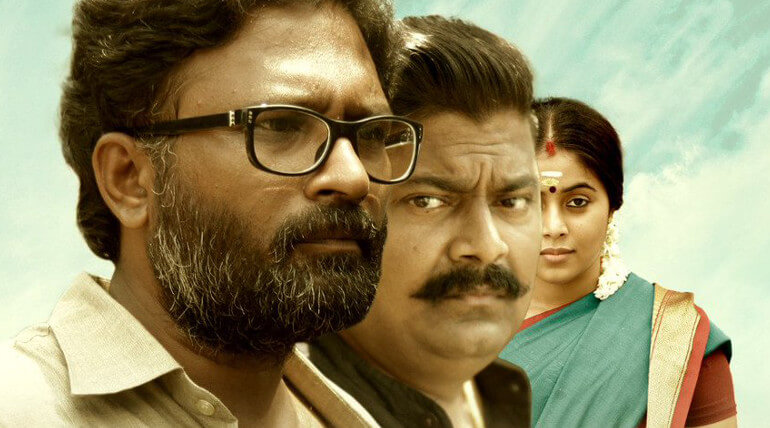 Myskkin acted and produced Savarakathi is slated for Feb 9th release. Director Ram is featuring in a lead in this film while Poorna is seen as his wife. Thagararu actress Poorna is seen as a hearing impaired pregnant lady who already has 2 child.

The trailer of the film was released few months before, which was promising and interesting. Mysskin had bankrolled the film under Lonewolf Productions and directed by his brother GR Adhithya which has music of 'Pisasu' fame Arrol Corelli.

The movie was censored with clean U and ready for release. The team had now released the new promo and posters. It is Ram's next as an actor after the hit of this directorial venture Taramani which was lauded as the bold attempt of the director.

After successful Thupparivaalan, Myskkin who had directed 8 films will be seen as the actor in this intense comedy flick. He had proved his acting skill in Onaayum Aattukkuttiyum and Nandalala apart from his direction.