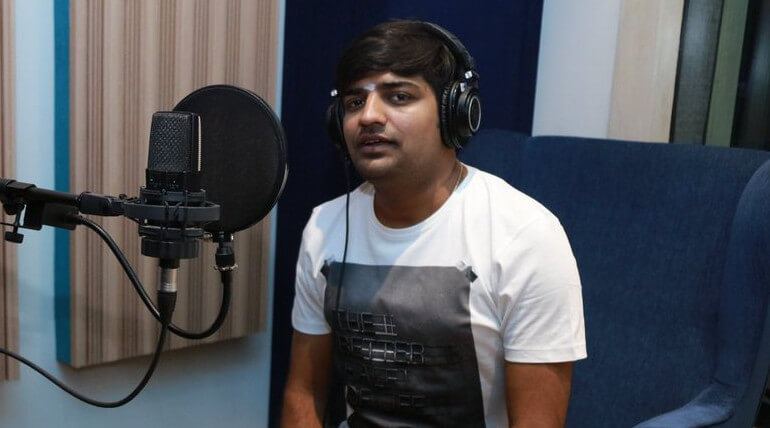 Sathish had started dubbing for upcoming comedy drama Ghajinikanth where Arya is doing a main lead while Sathish and Karunakaran are playing important roles. Directed by Santhosh P Jayakumar of Hara Hara Mahadevaki fame, the movie has Sayyeshaa opposite Arya.

Studio Green's Gnanavelraja is producing the movie which is the remake of 2015 Telugu hit 'Bhale  Bhale Magadivoy' directed by Maruthi Dasari that featured Nani and Lavanya Tripati.

The team had released Arya and Sayyeshaa stills from the movie few days back. The directed have helmed both of his project Ghajinikanth and Iruttu Araiyil Murattu Koththu simultaneously. He started Ghajinikanth at Thailand when he was directing adult horror comedy.

The director said Ghajinikanth is not like his previous two movies. Unlike his first movie and yet to be released IAMK, Ghajinikanth is a family entertainer and does not have adult content. He added every family and kids can watch this movie.

The movie shoot has been completed in 40 days and it is gearing up in post-production works. The team had earlier released teaser and a single 'Bar song' tuned by Balamurali Balu. Kaali Venkat, Rajendran, Sampath Raj, Aadukalam Naren and Uma Padmanabhan are part of the film.