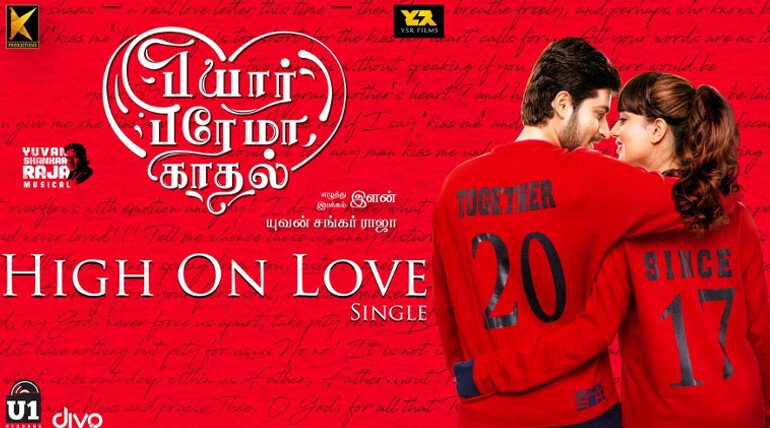 The recently released motion poster urged the curiosity level of lovers. Now the team has released the first single of the movie tuned by Yuvan Shankar Raja. Arya had unveiled this romantic song on the social media.

Directed by Elan, High On Love song was cronned by Sid Sriram and Niranjan Bharathi had penned it. The movie is produced by Yuvan under the banner YSR Films which also features Banupriya in an important role.

It is an crucial movie for lead actors. Harish Kalyan got fame after Poriyaalan and Vil Ambu among movie lovers. But after his entry to Bigg Boss he had been most popular actor and known to the house holds too like Raiza Wilson who had been popular after the reality show.