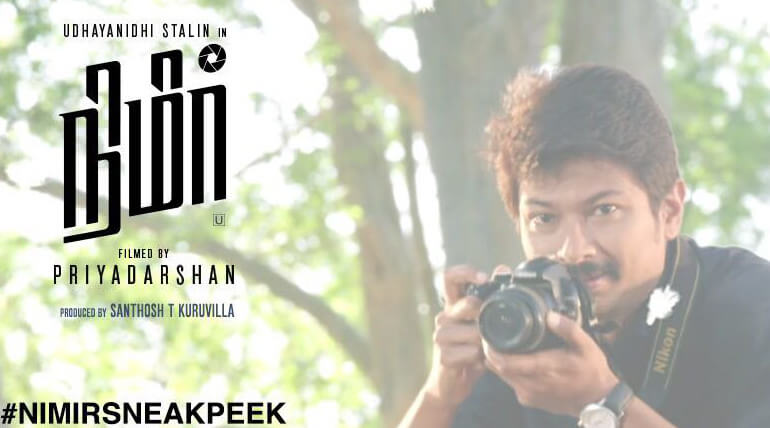 Priyadharshan directed Nimir is set to hit theatres from Jan 26 worldwide that features Udhayanidhi Stalin in lead role. The team had undergone various promotional events, following that the sneak peek of the movie will be released today at 7 pm.

Parvathi Nair and Namitha Pramod are two lead ladies in it while 'Theri' villain and veteran director Mahendran is doing the key role. Parvathi is playing the village girl in the movie and she does not require any glamour for her role.

Nimir, is the remake of Malayalam blockbuster Maheshinte Prathikaaram that featured Fahadh Faasil and Anusree in lead roles. The Malayalam version was directed by fresher Dileesh Pothan that had fetched him Kerala State, National Film Awards and NETPAC Best Malayalam Film Award.

Udhayanidhi had worked hard for this film. In an interview he said he had worked in bare foot for 20 days. Samuthirakani is essaying the villain role in it and he also penned the dialogues for this movie. MS Bhaskar, Karunakaran, Aruldoss, Ganja Karuppu and Imman Annachi are part of the film.

Udhayanidhi portrays the role of photographer in a small town. He will be reprising the ace performance Fahadh Faasil role in this. Priyadharshan is said to have made some changes in the script to suit the Tamil audience.