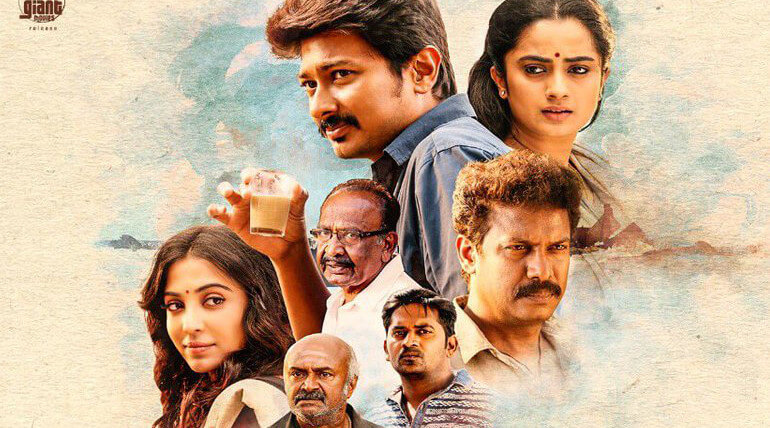 Priyadharsan Nimir Censored With U

'Manithan' actor Udhayanidhi and director Priyadharsan combo's Nimir has been censored with U and gearing up for release on January 2018. Udhayanidhi had shared this info on his twitter handle. The movie is the remake of 2016 Malayalam film Maheshinte Prathikaaram that featured Fahadh Faasil in male lead.

The movie is produced by Santhosh T Kuruvilla associated Udhayanidhi under Moonshot Entertainment and Red Giant Movies respectively. The veteran director and Theri actor Mahendran, Samuthirakani, MS Bhaskar and Karunakaran are doing important roles in the film while Namitha Pramod and Parvati Nair are female leads in it.

The veteran film maker Priyadharsan started his career as associate director in Malayalam flick Thenum Vayambum in 1981. His maiden directorial venture was Poochakkoru Mookkuthi with Mohanlal in 1984. After directing several Malayalam and Hindi movies his debut Tamil was Snegithiye and introduced Trisha in Laysa Laysa. His Tamil movie Kanchivaram earned the best feature film at the 2007 National Film Awards.

Nimir is directors' Tamil film after Poi Solla Porom (2008) and his next after the success of Malayalam crime thriller Oppam that featured Mohanlal as blind lift operator.

Meantime, director in his recent interview said Udhayanidhi was his first choice for the role in Nimir. Udhayanidhi shared he had worked for his movie without wearing slippers for about 28 days and it will be an important film in his career.