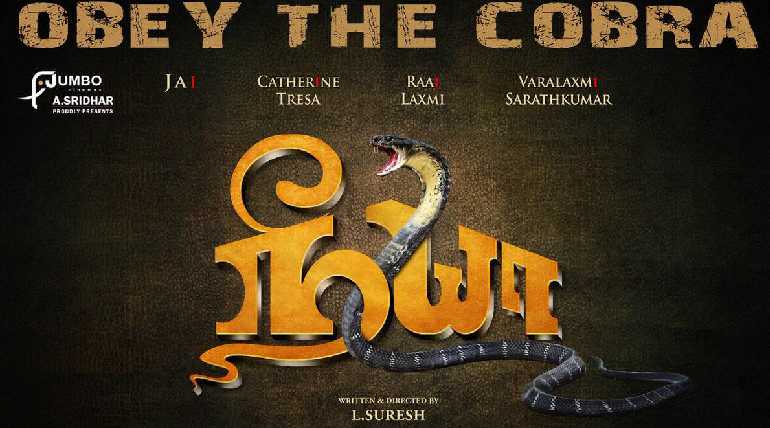 Neeya, a 1979 film is on the king cobra that takes the revenge towards the humans who killed its pair at the forest. It featured Kamal Haasan and Sri priya in lead roles. Neeya 2, is said to be a sequel of Neeya is again based on the King Cobra. It has Jai in lead role while Catherine Tresa, Varalakshmi Sarathkumar and Raai Laxmi are three heroines in the film.

'Eththan' fame L Suresh is helming the project while it is produced by A Sridhar of Jumbo Cinemas. Shabir scores the music and Rajavel Mohan is cranking the camera.

The film was shot at the hilly regions; recently Varalaksmi Sarathkumar song sequence was canned in the forest in Talakona which was choreographed by dancer Kala. The team had revealed the scenes were shot in beautiful locations deep inside the forest.

Varalakshmi is sporting the role of snake woman. The movie was also shot in Chalakudi and some portions in Chennai. The second schedule is in brisk space. The film also has 22 feet snake that plays an important role in the film. There are also vfx portions in the film that includes the snake. It seems director Suresh had done research and ground work for several months about the activities, bevariour and appearance of the cobra for this project.