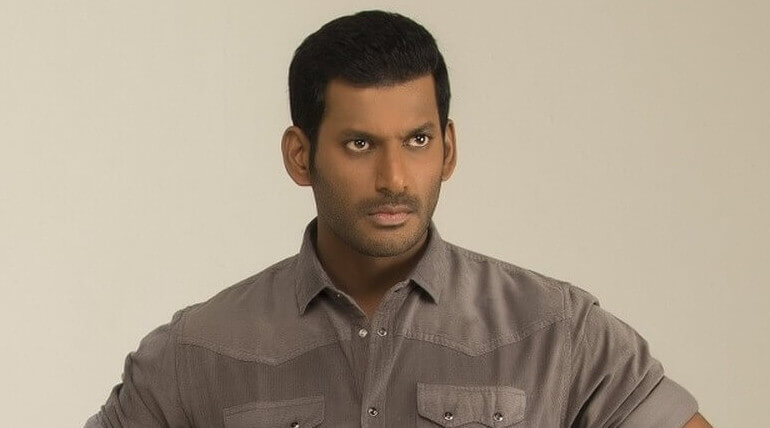 The physically challenged artists get Rs 3000 as retirement amount.

Recently Nadigar Sangam had given notice to popular TV channel to explain about Suriya getting insulted by the anchors on the channel. The two anchors were severely trolled by Suriya fans.

In a recent fans meet, Vishal said only if we have power we want to do good for people. The actor's Irumbu Thirai is heading for release in theatres. This action thriller has the much anticipation where Vishal will be seen as the army officer.

Meantime, actor and director Samuthirakani insisted in a talk that Rajinikanth, kamal Haasan and Vishal to jointly work in politics for welfare of the people.

Vishal had appreciated Amala Paul for her bold move of filing case over the concerned person in recent incident. He tweeted "Hats off to ya guts @Amala_ams for yr boldness in the recent incident. Salute u.needs a lot of determination and guts to move a case on sexual harassment.sincere thanks to the police dept for the swift action http://taken.case  filed.hope these culprits learn a lesson." 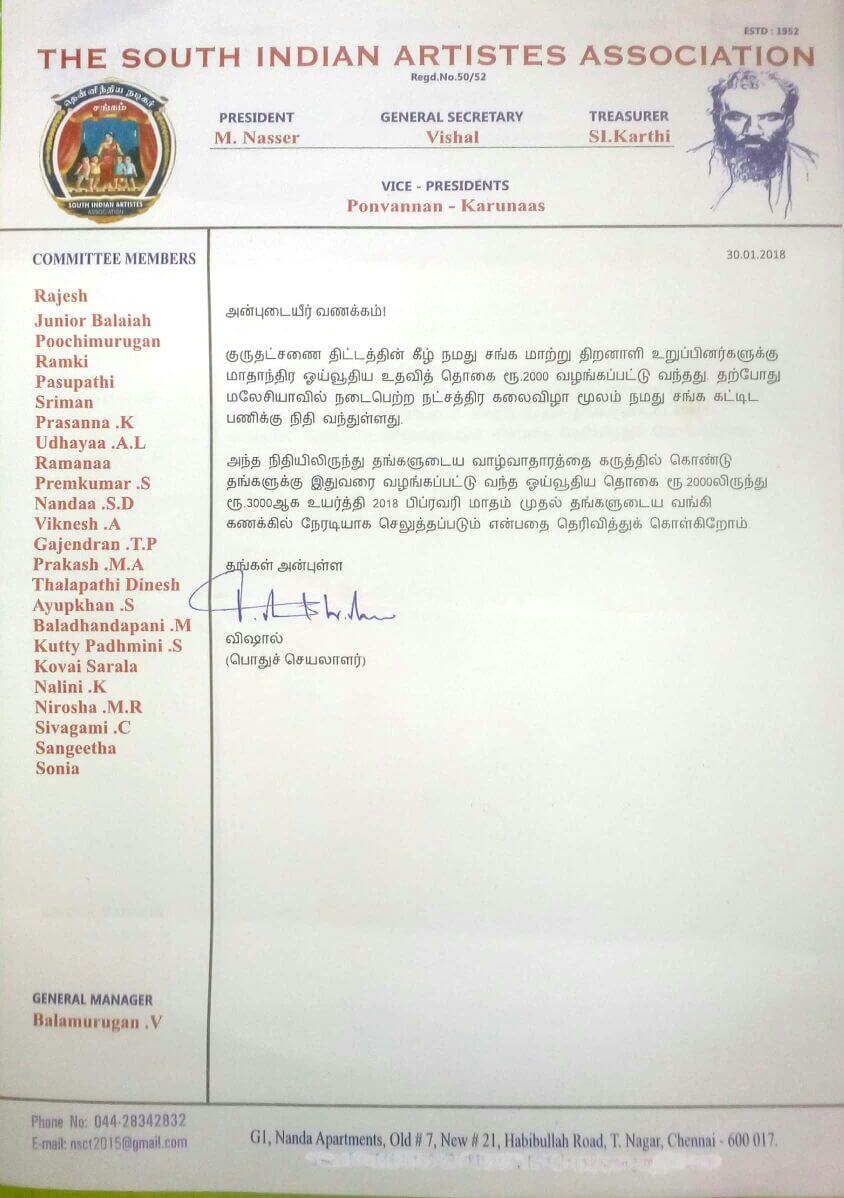