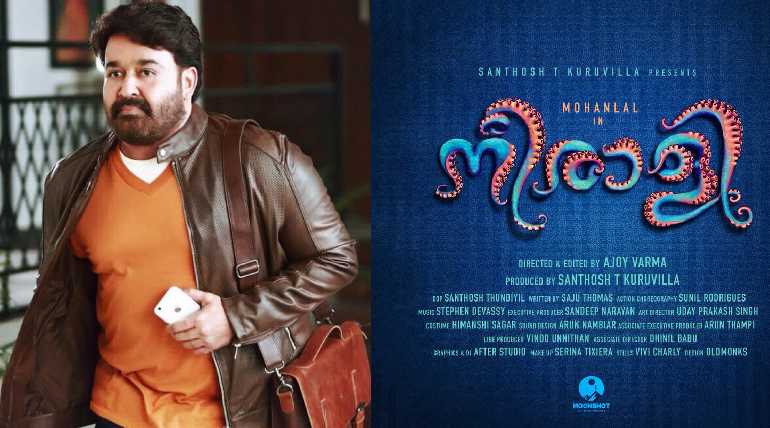 The complete actor Mohanlal had unveiled the title of his new movie written by Sajju Thomas and directed by Ajoy Varma. The film is titled as Neerali and its title first look was revealed.

The actor had revealed a slim look of him on the twitter handle 2 days before. He had lost lot of weight for his film Odiyan and it continues it for this movie too. The film is touted to be based on travel that packs up with adventure and action. Mohanlal posted a new still of him and stated he is in shoot for this movie in Mumbai and he is thrilled to be playing central character of this movie packed with a lot of action and adventure.

The team had planned to shoot this movie at Sri Lanka and Pune. As per reports, the teaming is trying to rope popular Bollywood actor to play major role in the film. Parvati Nair is playing one of the female casts and other supporting casts are yet to be confirmed.

Mohanlal much awaited fantasy thriller film directed by V. A. Shrikumar Menon is in final stage of post production and probably to hit theatres on April 2018 release.