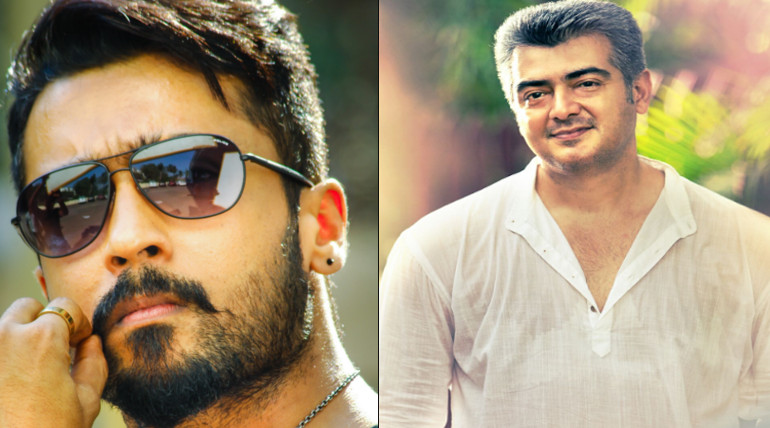 Tamil super actors are becoming fans of Sports and this has become a recent trend now.As a part of the entertainment, apart from watching movies, the audience also show passion for Cricket matches. Nowadays, not only Cricket, Audience are also supporting other sports as well. This is because; every sport is holding separate leagues,  thus gaining popularity among the vast audience. Also, social media and newspapers display a vast coverage of such new sports leagues recent times.

In these circumstances, Chennaiyin FC lifted the ISL 2018 trophy for the second time in the final held between Chennaiyin FC and Bengaluru FC. In response to this, Actor Surya congratulated the football team owner Abhishek Bachchan.In his reply to Surya, Abhishek tweeted that he must attend the next season.

In addition to the above, Thala Ajith is currently involved in gun shooting practice which is a trending news of Tamil Cinema Industry and trusted sources have also speculated that similar to Car and Bike Racing, the actor would participate in state level and national level competitions for Gun Shooting soon.

It is to be noted that Ajith had already participated in international level car racing competitions.