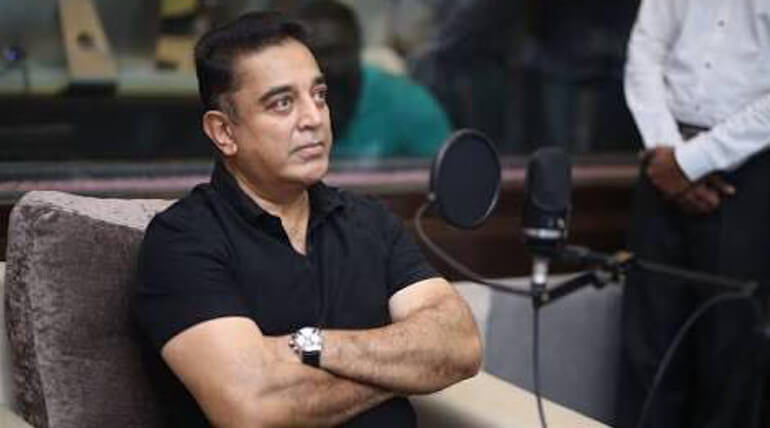 The versatile actor Ulaganayagan Kamal Haasan's much awaited sequel Vishwaroopam 2 is gearing up the post production works. The team had started dubbing the Tamil version of the film now while its Hindi and Telugu version dubbing are already completed. Kamal Haasan begins his dubbing session today.

Vishwaroopam is the block buster 2013 movie that had reported to have grossed more than 250 crore at box-office. The same casts and crew members are retained in the second instalment also. Ghibran is composing music for the sequel instead of Shankar-Ehsaan-Loy of the first part.

Musician Ghibran recently shared he was in Vishwaroopam 2 final work. He also gave the hint about his music release on Valentine's Day. The fans expect some interesting official confirmation from the team.

The movie release was expected on Jan 26 but the team could not make it out. The final remix of the film was made at US with world-class technicians Marty, I, Kunal and Chris. Andrea Jeremiah had crooned a song under Ghibran music who is also playing a key role in it.