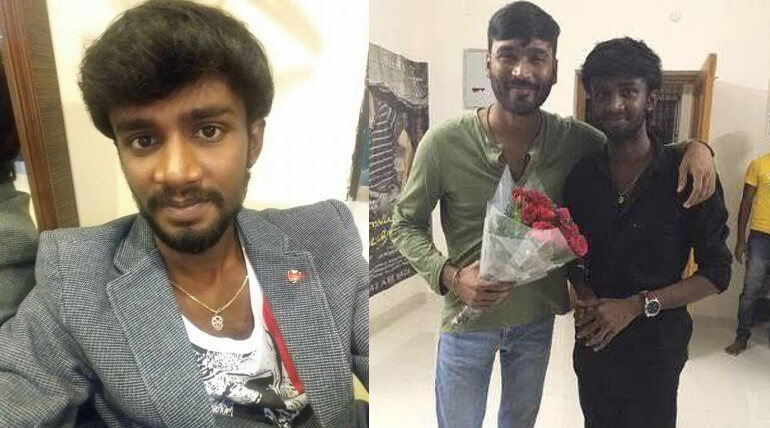 'Kalakka Povadhu Yaaru' fame Dheena who acted with Dhanush in Power Paandi is said to be essaying a hero role in Dhanush's next production venture. It is the remake of super hit Malayalam movie 'Kattappanayile Rithwik Roshan' and to be producer by Dhanush under Wunderbar Films. The offcial confirmation regarding this is expected at the earliest.

Next to Sivakarthikeyan, Dhanush identifies new talent who is popular in TV channel. He had roped Sivakarthikeyan for '3' movie supporting role as a friend of him. Dheena became popular to the households who had performed stand up and comedy skits on Kalaka Povathu Yaaru Season 5.

Dheena had acted in supporting role in Dhanush's first directorial venture 'Power Paandi'. He will be seen with the younger Power Paandi in village along with guys playing Khabadi. He also had dialogue introducing Dhanush.

Dheena was excited to act with the star who he has been admired from his young age. He had been selected for Power Paandi after auditions. Dhanush selected him for his talent and appearance said Dheena when he spoke about how he got the chance.