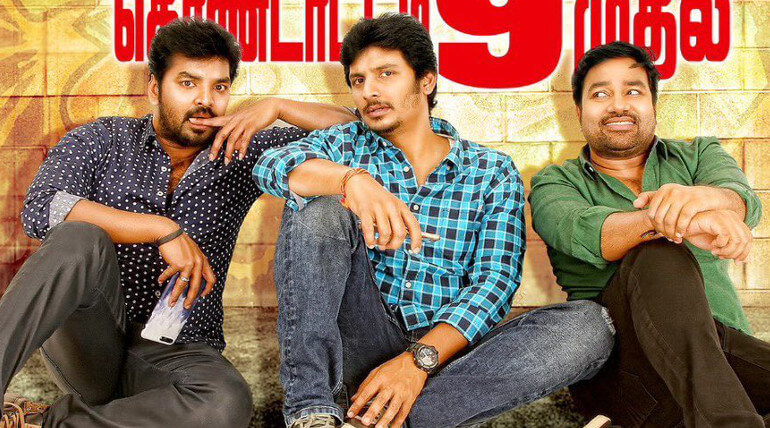 Producer Khushbusundar had released the much awaited Kalakalappu 2 trailer on her twitter handle. The trailer introduces the characters in the movie including Jiiva, Shiva, Jai, Caherine Tresa, Nikki Galrani and all other the supporting characters.

The trailer clearing tells a gang is battling for Rs 10 crores black money. The producer says this trailer speaks on what the fun filled roller coaster has in store for audience.

Sundar C directed laughing riot had received UA from censor board and it is scheduled for Feb 9th. It has the large supporting casts including Sathish, VTV Ganesh, Yogi Babu, Robo Shankar, Mano bala, Singampuli, Radha Ravi, Munish Kanth, Vaiyapuri and many others.

Finally it's here..A #Sundar.C laugh riot colourful kondaattam.. #Kalakalappu2 #trailer.. and remember, this is just a speck of what the funfilled roller coaster coaster has in store for you..enjoy... https://t.co/n8KzqhljVD