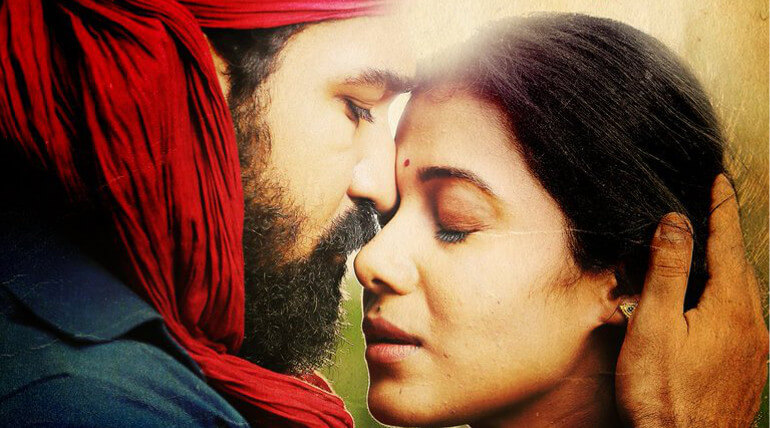 Vijay Antony's Kaali is trending on the net now. The movie's first single track was released yesterday by Anirudh Ravichander. The highlight of the song is it came up with full video. The melody 'Arumbay' shows the romance between Kaali (Vijay Antony) and the village girl (Shilpa Manjunath).

The Kannada actress Shilpa Manjunath is making her debut in Kaali, She was also roped for Malayalam movie Biju Menon’s Rosapoo to play an important role written and directed by Vinu Joseph.

Kaali, will also have 3 other heroines Anjali, Sunaina and Amritha. The movie Telugu version is titled as Kaasi and its first look was released. The first single 'Andama' in Telugu version will be released tomorrow.

The song gets amazing responses from audience and music lovers. Music was scored by Vijay Antony and sung by Nivas and Janaki Iyer while the lyrics are penned by Vivek.

Brindha had choreographed dance movements of the song while Sakthi Venkat Raj had taken care of Arts. The movie promotions are in full swing shows it is at final stage of post production and soon may hit theatres.