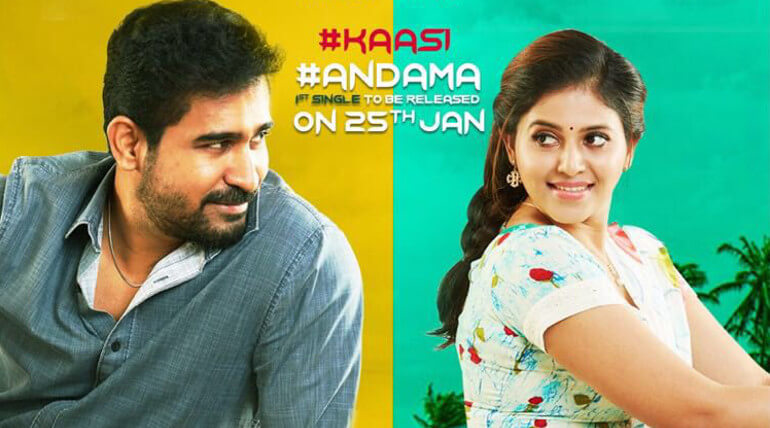 Vijay Antony's Kaali is releasing in Telugu titled Kaasi and its first look was revealed by the team. The movie features Anjali in female lead. Directed by Vanakkam Chennai fame Kiruthiga Udhayanidhi and it is her 2nd directorial venture. Sunaina, Amritha, Shilpa Manjunath and Rakesh Prudhvi K are part of the film.

Anjali had joined the set in January 2nd week and completed her shoot in few days. The team to release first single 'Arumbey' in Tamil on Jan 24th and it will be released in Telugu as 'Andama' tomorrow. The songs tuned by Vijay Antony and Anirudh is releasing first single track today at his social media page.

Fatima Vijay Antony is producing the film and it is schedule as March 2018 release. Richard M Nathan handled the visuals while Lawrence Kishore edited it.

The first look of Kaali received immense responses and hope it will continue in Telugu poster too. The director Kiruthiga's maiden project Vanakkam Chennai received warm welcome that features Shiva and Priya Anand in lead roles. She had also directed music video ‎Sadhayai Meeri that portrays the pains of transgender people which was composed by Santhosh Narayanan. 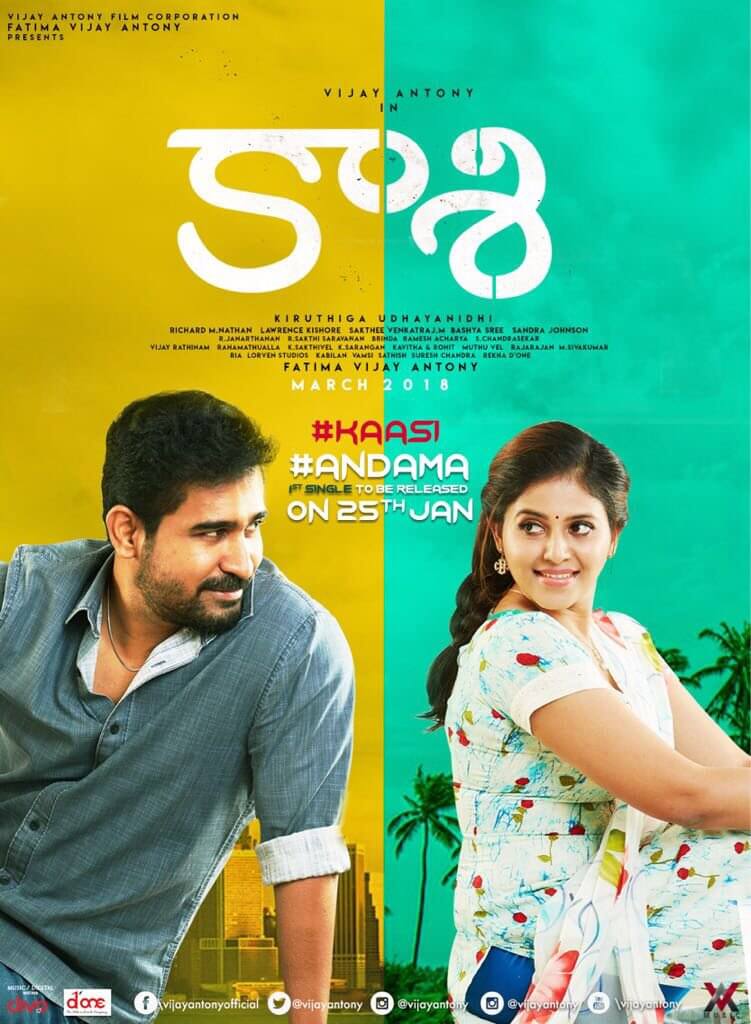