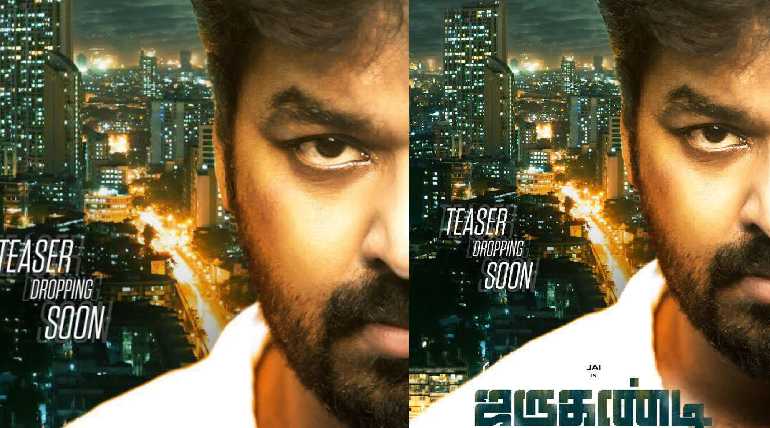 Jai starring Jarugandi first look was released by AR Murugadoss few hours ago. The team will unveil its first look sooner. Nithin Sathya is producing the film associated with Badri Katuri. The film is written and directed by Pitchumani. The movie has RD Rajasekar as Director Of Photography and Praveen KL for editing.

Jarugandi official title motion poster with title announcement was released on November last year. The team had received wishes from their film industry friends over the twitter handles.

The first look is impressive and grabs audience attention. Jai recent out horror thriller Balloon got mixed reviews. The producer had filed complaint over the actor for his improper shooting dates stating he had occurred huge loss due to his behaviour.