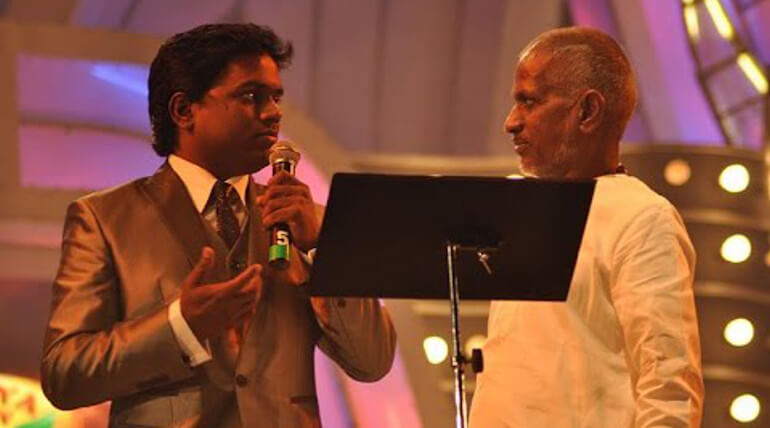 Ilayaraja Karthikraja And Yuvan Scoring Music Together For Vijay Sethupathi

It is the first time maestro Ilayaraja, Yuvan Shankar Raja and his brother Karthikraja are coming together for a movie. Yuvan joins with his father and brother to score music together for Vijay Sethupathi starring Maamanidhan.

Yuvan is producing the project under his home banner YSR Films and 'Dharmadurai' director Seenu Ramasamy will be helming the movie.

Yuvan had announced this exciting information on his social media page sharing "On this honourable happy occasion we @YSRfilms are delighted to announce our next project with my father Ilayaraja,brother Karthikraja and myself scoring music together for the first time for my production venture #Maamanidhan staring @i_vijaysethu directed by @seenuramasamy"

To be noted, Yuvan had scored extra-ordinary songs for Sethupathi in Dharmadurai. We can say this rocking combo sure to hit hearts of billions by their music. Meantime Yuvan was happy about honoring Ilayaraja with Padma Vibushan. It is a proud moment for the whole music lovers.

Maamanidhan is a 4th film of Vijay Sethupathi with Seenu Ramasamy. The movie was announced in the mid of last year. It is touted to be based on the true story and Makkal Selvan will be playing a gangster role. The rest of casts and crew are yet to be announced.