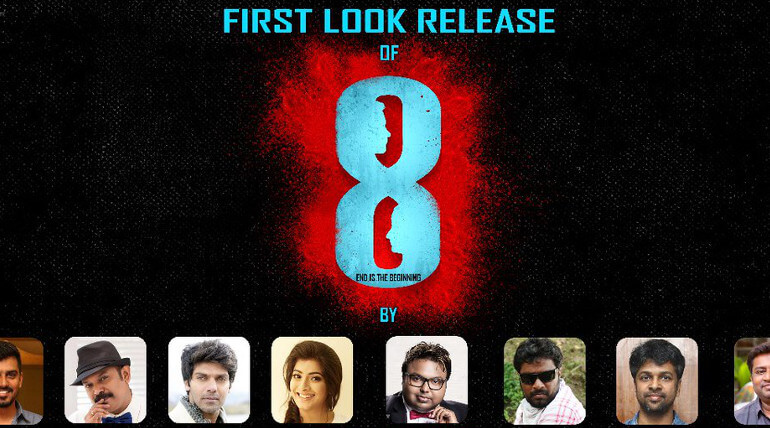 The movie '8' title look comes with the tag line "End is the beginning". First look of this movie will be released by 8 celebrities today on 26th Feb at 8:08 pm. It is Creative Click Cinemas maiden production venture.

It is believed the movie is a crime thriller and casts and crew details is expected today with the first look. The film is jointly produced by J Studios International and Creative Click Cinemas.

Bharath and Soori are featuring in 8 movie and its first looks were released by the team. The first look reveals the movie as a horror thriller directed by Vijay Kaviraj.

Tamil and Telugu actress Pooja Jheveri who appeared in 'Thodari' is doing the female lead in the film. The actress is also pairing with Atharvaa in the upcoming comedy entertainer 'Rukkumani Vandi Varudhu'. Actor Bharath's Pottu which is being filmed is also an horror thriller and his Simba is a black comedy entertainer.

Here are the first looks of thriller '8'. 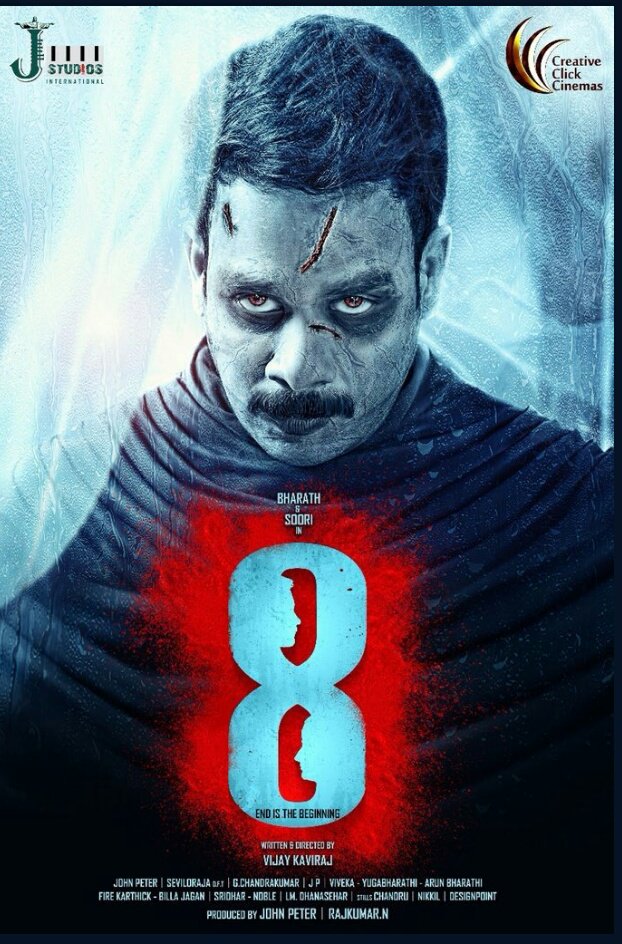 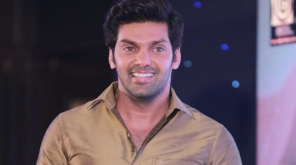