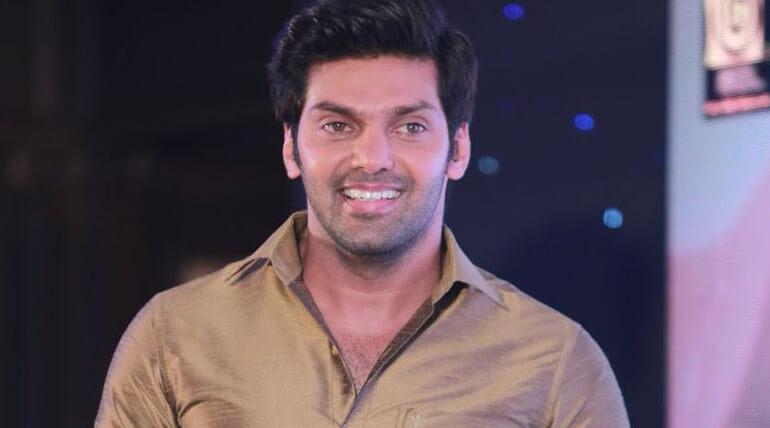 From Monday to Friday Arya as a celebrity groom hunting for his better half through the reality show of TV Channel. Few months ago a leaked video of Arya went viral saying he could not find his life partner. In few days, he himself posted video saying he is searching for bride.

In the video which was released by Arya on November, he stated "usually people look for their life partner through their friends, family, or matrimonial sites. I am not like that, moreover I have no demands and conditions. If you think I am will be good life partner, you can call ..This is not a joke or prank video."

Now the popular TV Channel is showcasing the show where Arya is being proposed by series of contestants. This reality show named 'Enga Veetu Mapillai' has several rounds with 16 participants. The show is being hosted by Sangeetha Krish and the first episode was telecast on Feb 20th.

All participants came one by one and proposed Arya on the stage. There are also several rounds to select the one among them who will tie knot with Arya after winning the show. Few episodes are canned at Jaipur, Rajasthan. Even the participants are given cycle ride competition there. The views also has the responsibility to choose the one they like.

Though the show had emotions, now-a-days reality shows cannot be judged easily. Most of the viewers are unable to continue watching this melodrama. It is said Arya will be dating all participants before selecting his partner.

Will Arya gets a good life partner? The audience have to wait and watch patiently.


Arya Looking For His Life Partner Through Reality Show