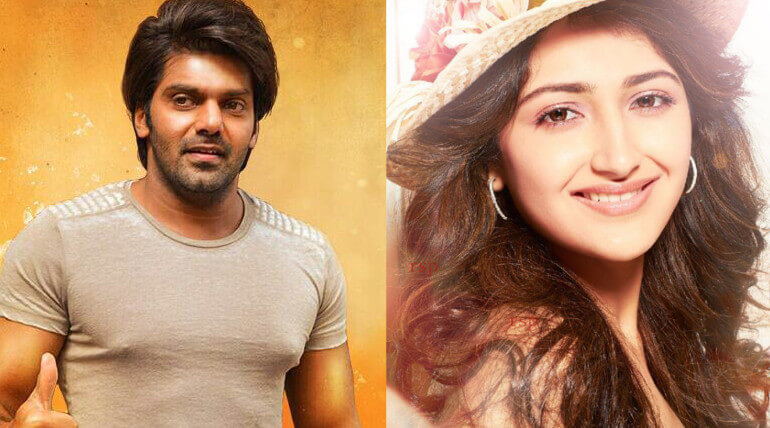 Arya had signed for the new project with Gnanavelraja's Studio Green that will be directed by Hara Hara Mahadevaki director Santhosh P Jayakumar. The movie titled as 'Gajinikanth' and launched with pooja today. Studio Green had done several projects with Suriya and Karthi right from their maiden venture Sillunu Oru Khadhal.

They have bankrolled Karthi's debut film Paruthiveeran and many of his projects until Komban. This is the first time they are joining with Arya and it is their 12th venture. The production house is also producing Suriya 'Thaana Serndha Kootam' and announced untitled Allu Arjun Project.

The director is busy with his second project 'Irutu Arayil Muratu Kuthu' with Gautham Karthik. The production house had announced this project on their twitter handle. The young and happening heroine Sayyeshaa will be pairing with Arya in this flick.

Actor Sathish is roped for an important role while 'Hara Hara Mahadevaki' musician Balamurali Balu is set to score for this movie. The other details of the film are yet to be announced.