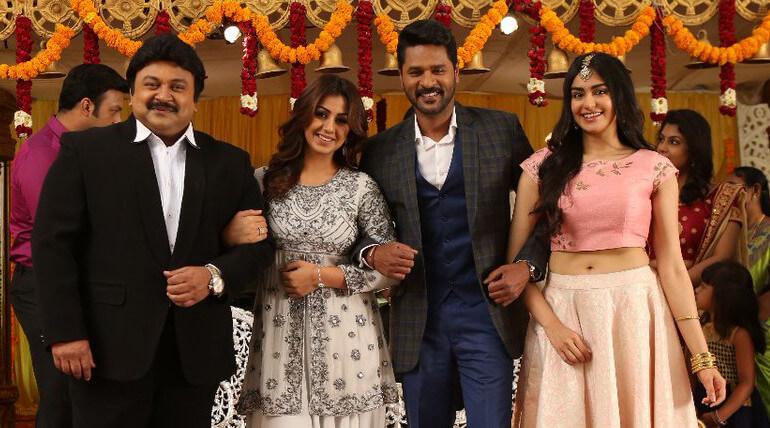 PrabhuÂ Deva and PrabhuÂ featured 2002 successful comedyÂ drama Charlie Chaplin's sequel is being canned in full swing. In Charlie Chaplin 2 male leads are retained while it has new female leads Nikki Galrani and Adah Sharma instead of Abirami and Gayathrie in the first part.

Charlie Chaplin had been first officially remade movie in 6 differentÂ languages including Hindi, Marathi, Bengali, Telugu, Kannada and Malayalam. It also has credit of being 2nd most remade movie in the country.Â

The director of the original movie came up with a script and helming the sequel by himself. He had directed films like Maha Nadigan, Englishkaran, Kovai Brothers, Sandai, and Guru Sishyan (2010) which earned him fame. The shoot of Charlie Chaplin 2 had begun in November last year and now the shoot is nearing the final stage. Soon, the team is expected to wrap up.Â

Recently, Prabhu and Prabhudeva jolly mood in the set was filmed by the actress Nikki Galrani that seems they were thoroughly enjoying the shoot and these veteran actors are jovial in the sets.Â The director said "the movie was recently shot at Kumbakonam and it is in final stage of shooting". They canned Prabhudeva and 'Mahadeera' villain Dev Ghil fighting sequences.

The movie also has Sameer Koch, Ravi Varma, Vivek Prasanna and to be produced by T Siva of Amma Creations. Amreesh is scoring music, SoundarrajanÂ is handing camera and Crazy Mohan is penning dialogues.