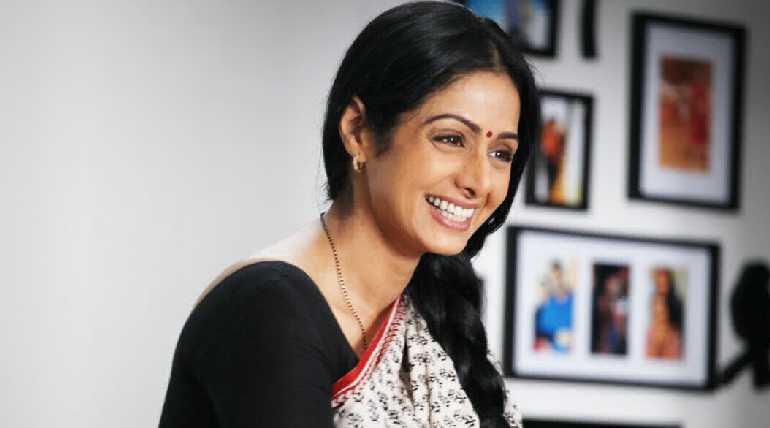 The beautiful talented, the only lady superstar of Bollywood Sridevi aged 54, died in cardiac arrest at Dubai. It is very shocking moment for whole India film fanatics. It really shocks when an energetic, healthy first female superstar passes away suddenly. She was with her husband Boney Kapoor attending her relative wedding function at Dubai at the time of her death.

The legendary actress had acted over 300 films. SHe was introduced in the film industry as a child artists and later she made her debut lead actor in Moondru Mudichu under K Balachander direction in 1976. After giving several successful Kollywood film, she entered Bollywood in Solva Sawan in 1979. Her first blockbuster in Bollywood was with Jeetendra in Himmatwala in 1983 after 4 years of Bollywood entry.

Post her marriage, the lady superstar made a comeback in English Vinglish in 2012. It is a great loss to Indian film industry and whole India mourns for her death.

Several film celebrities from Bollywood, Kollywood and other woods are conveying their deep condolence through their tweet. Prime Minister Narendra Modi stated "demise of noted veteran actor Sridevi saddens, her diverse roles and memorable performances will be remembered forever".

Kamal Haasan posted "I have witnessed Sridevi's life from an adolescent teenager to the magnificent lady she became. Many happy moments with her flash through my mind including the last time I met her."


Have witnessed Sridevi's life from an adolescent teenager to the magnificeint lady she became. Her stardom was well deserved. Many happy moments with her flash through my mind including the last time I met her. Sadma's lullaby haunts me now. We'll miss her

Saddened by the untimely demise of noted actor Sridevi. She was a veteran of the film industry, whose long career included diverse roles and memorable performances. My thoughts are with her family and admirers in this hour of grief. May her soul rest in peace: PM @narendramodi

Shocked to hear of passing of movie star Sridevi. She has left millions of fans heartbroken. Her performances in films such as Moondram Pirai, Lamhe and English Vinglish remain an inspiration for other actors. My condolences to her family and close associates #PresidentKovind

She came. She saw. She conquered.
And went back to the heavens from where she came. RIP Sridevi garu.IRREPLACEABLE pic.twitter.com/NB4GozzWYi

#Sridevi ji...shocked & heartbroken to hear she is no more. My all time favourite and an iconic legend who has passed on too soon... She is irreplaceable and unforgettable. My heartfelt condolences to her family. May her soul rest in peace...

just woke up to the saddest news..#Sridevi is no more amongst us..the most talented and most beautiful..no words to express the grief..my deepest condolences to the family..May the force be with them in such hard times..her childlike laughter will be missed..#RIP ðŸ˜¢ðŸ˜¢ðŸ’”ðŸ’”ðŸ’”

I m shattered and how by hearing that my fav actress from childhood who I always loved , adored N got inspired #sridevi is no more ðŸ˜­ðŸ˜¥this news has shaken me deeply! I can't believe ! She left us too soon why why why !?ðŸ˜« #RIPSriDevi SAD â˜¹ï¸ pic.twitter.com/bvdyGI87vo

Oh my God #Sridevi ji !! ðŸ™ðŸ™ðŸ™ This is scary, Unbelievable ! Rest in Peace

Cannot believe the heartbreaking news about #Sridevi Our industry lost a shining light today, way too early. Love and light to her family.

Woke up to the shocking news about #Sridevi ji. In complete disbelief! Gone too soon. Rest in Peace. 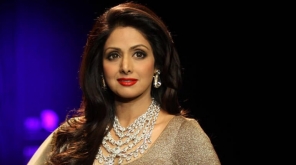