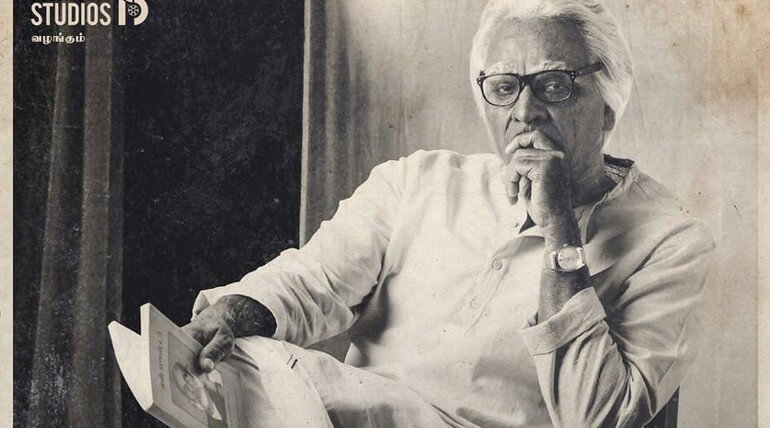 Vijay Sethupathi 25th film Seethakaathi that is being directed by Naduvula Konjam Pakkatha Kaanoom director Balaji Tharanitharan is the talk of the town and trended on the net yesterday. Vijay Sethupathi's first look for the movie had attracted everyone. He is seen as the aged getup with book in his hand. He is said to be donning the aged drama artist.

Makkal Selvan seems to be holding the book of Babuji of Sahaj Marg, that means the "natural path" or "simple way," is a system of practical training in spirituality.

The first look was launched on Vijay Sethupathi's birthday. The makeup of Vijay Sethupathi in aged getup is realistic that was made by Alex Noble and Oscar Winner Kevin Haney. Music is composed by Govind Menon.

Dharmadurai and Vikram Vedha actor, who had already broke the rules of the heroes in 'Orange Mittai' movie by his aged character, is again to set for a new record in this movie. Sudan Sundaram of Passion Studios is producing the film.

The sources reveal that it takes 4 to 5 hours for this make over and get ready for the character. It is said Sethupathi will be playing the veteran drama artist in the film.

The movie has Ramya Nambeesan, Gayathrie in female lead roles while Bhagavathy Perumal is playing important character in the film.

Director thanked audience for the overwhelming response for the first look. He also thanked his team members who are responsible for the look. Viswanath Sundaram had done character look development, make up by Kevin Haney and Alex Noble, photography is done by Ganesh Muthu and designing is worked out by Gopi Prasanna. 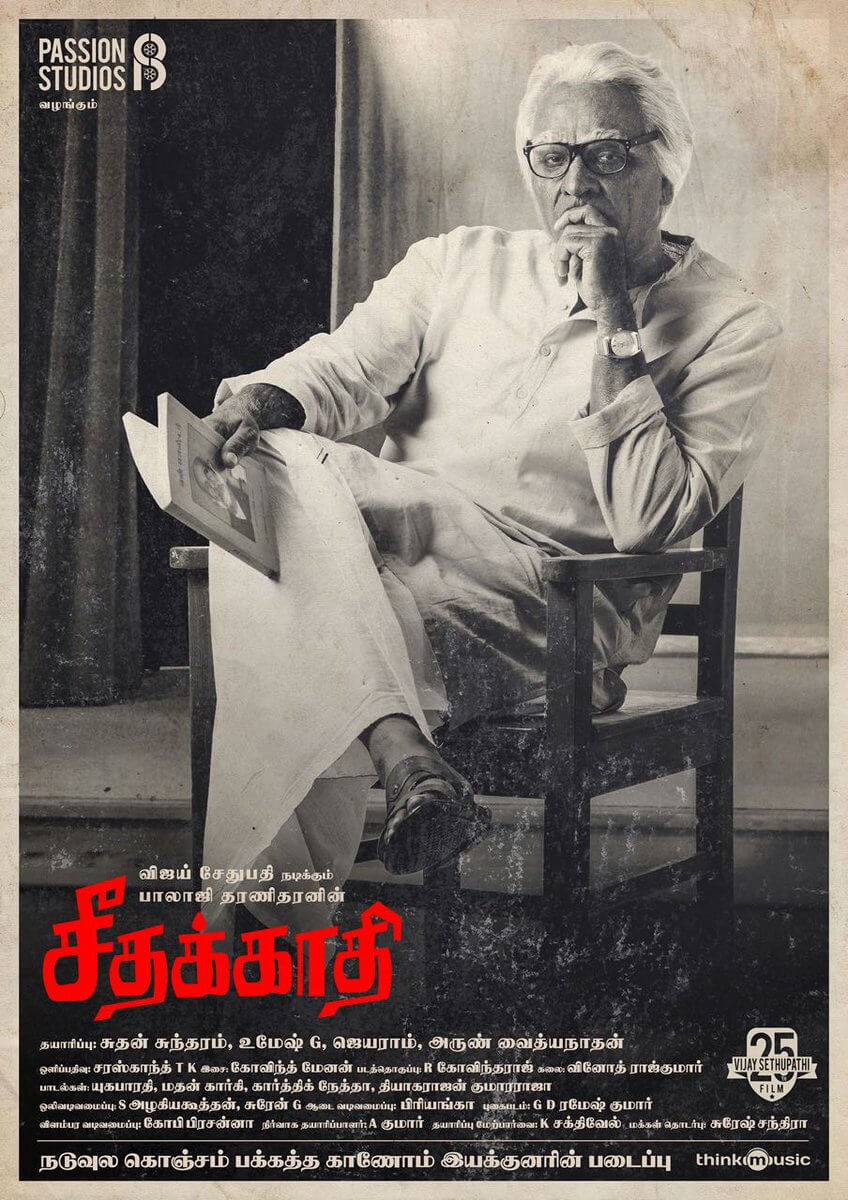