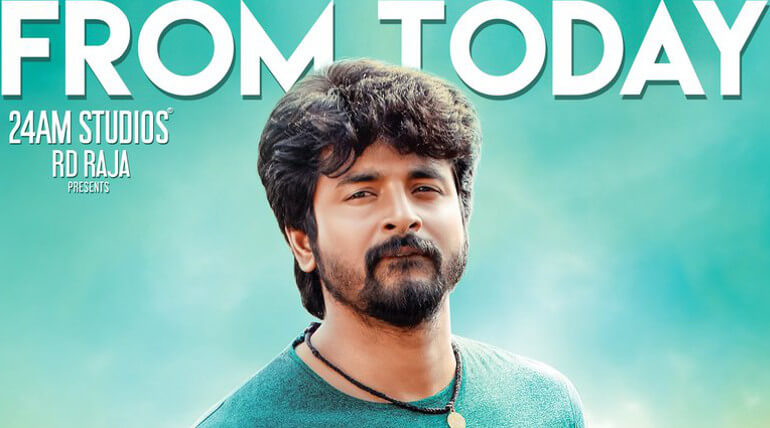 The much awaited Sivakarthikeyan and Nayanthara starring Velaikkaran had hit theatres today worldwide. Directed by Mohanraja and produced by 24AM Studios, the movie gets the grand release across the state. The battle between Fahadh Faasil and Sivakarthikeyan starts from today.

Sneha, Prakashraj, Vijay Vasanth, RJ Balaji, Robo Shankar, Rohini, Sathish and others are part of this entertainer. Anirudh tuned all songs are massive hits that attracted major audience to watch the movie. Celebrities and audience are wishing the team a great success.

The movie has lots of buzz for its content, casts and screenplay. The promo urged the audience curiosity to sneak peek and pulls the audience to the theatres. It is also receiving good reports from critics. We will be updating the live audience reactions here. Stay connected.

Here are some critics' comments for the film.

#Velaikkaran First half- Dialogues at its best. Excellent research done on Marketing by @jayam_mohanraja Lots... https://t.co/DYhu8MPBM6

As much as you feel #Velaikkaran gets into message-heavy mode, it works due to the relatability factor and how it chooses to address the issue - in a commendable commercial fashion - it takes up. @Siva_Kartikeyan graduates to next level in performance. ðŸ‘ðŸ‘Œ

#Velaikkaran [3.5/5]: An excellent movie.. That exposes how FMCG companies deceive ppl thru Marketing and how consumers are forced to buy unsafe products.. What can Velaikkaran/workers Do about it..

#FahadhFaasil is one of the finest actors we have! Look at the kind of graph he maintains and still brings in dozens of expressions to substantiate the emotion ðŸ™ŒðŸ»#Velaikkaran

#Velaikkaran second half becomes quite preachy with lots and lots of message oriented dialogues. Absolutely no commercial compromises in the second half, as director has tried to convey lots of messages to the society with @Siva_Kartikeyan