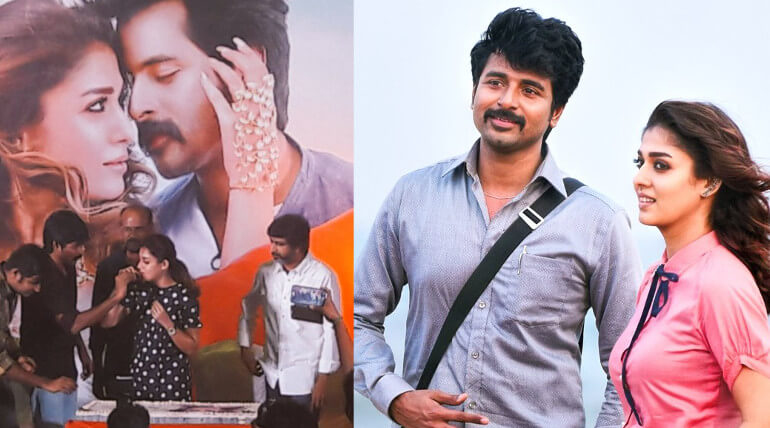 Last year Velaikkaran team celebrated Nayanthara's birthday grandly. This year they celebrate her birthday along with Vellaikkaran's farewell day. The team had wrapped up the shoot few days before with song shoot. Now they have arranged a small event to thank the technical crew worked in the film.

Sivakarthikeyan thanked all the crew members. He wanted to take this stage to praise only them. The team also celebrated Nayan's birthday by cutting cake and was shared to all.

Directed by Mohanraja the movie is in post production works and gears up for Dec 22nd release during Christmas and New Year seasons. The film's teaser and 2 singles are massive hits. Next the audio launch and trailer are expected from the team.