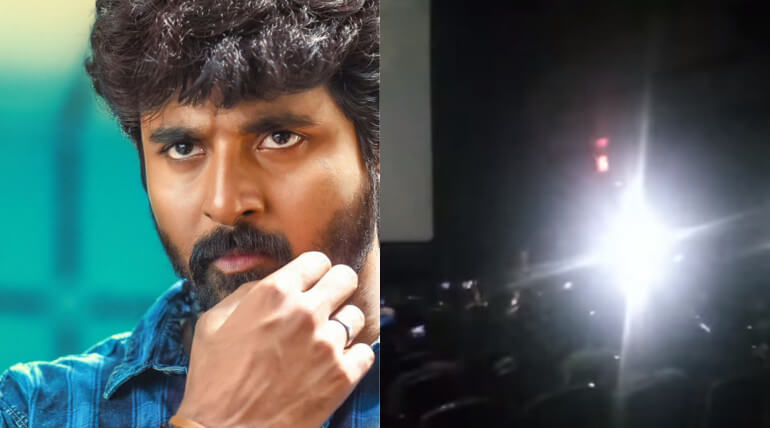 Sivakarthikeyan's Velaikkaran had received massive opening across the state yesterday. The Coimbatore audience enjoyed the movie and shared their joy by creating light impact at climax scene in Senthil Kumaran Theatres. It shows the Mohanraja had again landed with strong footage after Thani Oruvan in Tamil cinema and also Sivakarthikeyan's mass opening made us stunning.

First time Sivakarthikeyan had done serious social concept film that proved his success again. The movie was well-crafted after the sincere research and characters were clearly shaped up by the director. The movie exposes the fraud of FMCG companies and the marketing strategies. The music scored by Anirudh is an added advantage to the film. The movie was done with no commercial compromises particularly in second half.

It has Nayanthara in female lead while Fahadh Faasil, Sneha, Prakash Raj are seen in key roles. Vijay Vasanth, Sathish, RJ Balaji, Robo Shankar, Rohini, Charlie and others are in supporting roles.