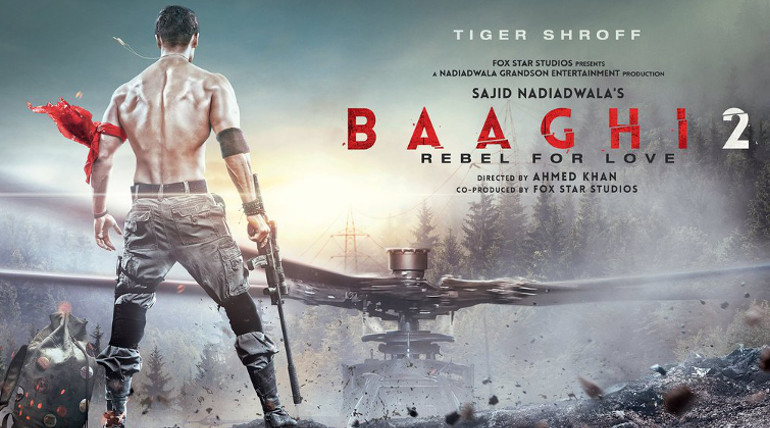 After the disaster of Munna Micheal, Tiger Shroff is back with his next Baaghi 2 where he essays the role of fighter Ronny Singh. The film is based on the martial arts directed by Ahmed Khan and produced by Sajid Nadiadwala. Nadiadwala Grandson Entertainment bankrolls the film associated with Fox Star Studios.

'MS Dhoni' movie girl Dishal Patani is doing the female lead. The first look poster was released in May 2017 which was well received. Now the actor had announced the release date of the film. It is slated for 30th March 2018.

Tiger Shroff tweeted "Get Ready To Fight guys as Rebels For Love are all geared up to arrive soon! #SajidNadiadwala’s #Baaghi2 to release on March 30 2018. @khan_ahmedasas @DishPatani @NGEMovies @FoxStarHindi#Baaghi2onMarch30"

The actor had done some risky stunt and chase sequnces in the film. The chase sequence between Tiger and Prateik seems to be shot in streets of Goa. The makers are planned to shoot the remaining parts of the film in Thailand. Te first part of 2016 Baaghi witnessed Shraddha Kapoor in female lead.