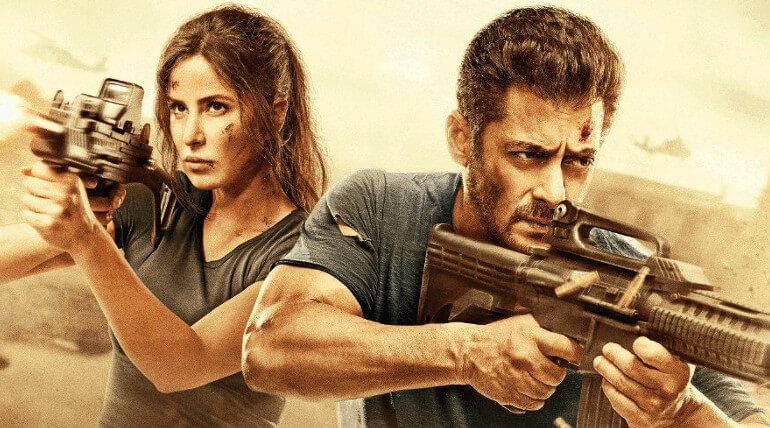 Salman Khan as Tiger/Avinash Singh Rathore and Katrina Kaif as Zoya are rocking in Tiger Zinda Hai that was released yesterday. Directed by Ali Abbas Zafar the movie is receiving fantabulous responses and reviews. The movie is the second instalment of Tiger film series which is based on the abduction of Indian nurses by ISIL in 2014.

The audience says it seems like Hollywood movie, the stunt sequences are choreographed very well.  Salman and Kartina kaif gets accolades for their stunt scenes. Salman had merged to the character and he is life line of the story while Kartina delivered solid performance. The movie is said to be rocking and sure block buster.

The film has landed in trouble by Valmiki group activist for the word used by the actor 4 years before against the particular caste. They staged protest in north west states including Gujarat, UP and Rajasthan. It is reported, Rajasthan protestors vandalized the glass in the mall theatres and involved in violence activities. They demand apology from the actors Salman and Shilpa.