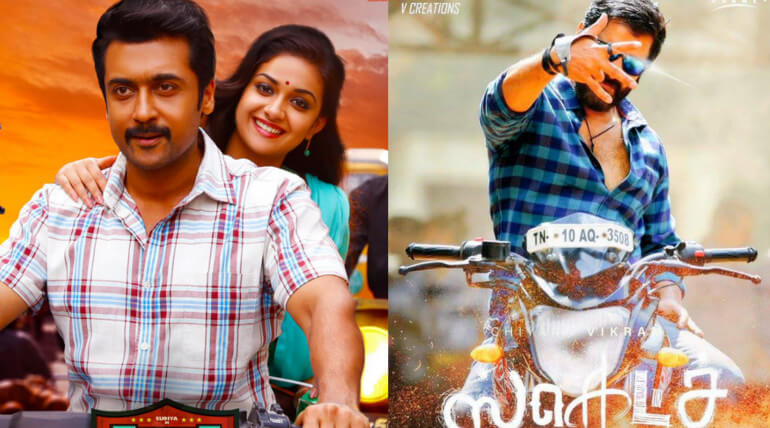 Suriya's Thaana Serndha Koottam, Vikram's Sketch and Prabhudeva's Gulaebhagavali are set to release in Karur theatres on Jan 12th during Pongal. Booking for these movies are opened in Karur theatres. Book tickets at our official sites www.karurcinemas.com

The action entertainer Vikram's Sketch directed by Vijay Chander has lots of expectations. Tamanaah is pairing with Vikram for the first time and Thaman had tuned music. Andrea Jeremiah had crooned a song and the audio received very well by audiences.

Prabhudeva starring adventurous comedy entertainer Gulaebaghavali is coming along with TSK and Sketch that is taken with the huge sets. Hansika Motwani had teamed up with Prabhudeva for the second time. The audio and trailer of the film worked out well that raised curiosity level of audience.