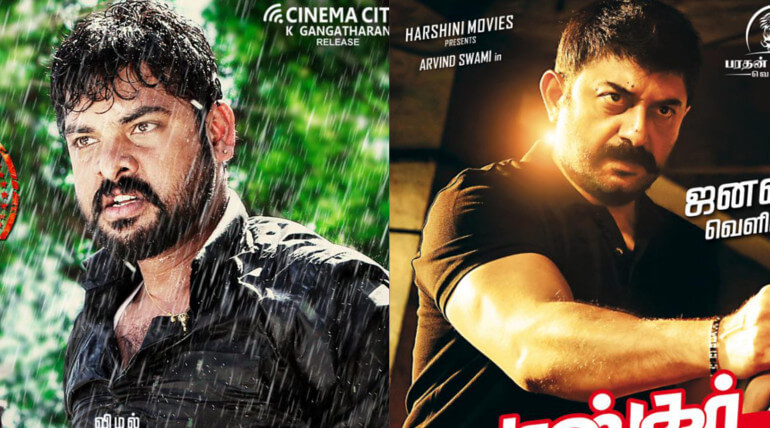 Vishal Irumbu Thirai which was earlier stated as Pongal release had been pushed back few days ago. It was coming along with Jayam Ravi's Tik Tik Tik and Anushka's Bhaagamathie on Jan 26th. Meantime Arvind Swamy and Amala Paul starring Bhaskar Oru Rascal which was said to be a Pongal release had also set back.

Vemel's Mannar Vagaiyara is trying to hit theatres during Pongal, but could not get enough screens. The team had requested theatre owners to allocate the show as there are several biggies queued up for Pongal release. The movie marks Vemel's 25th movie and it is maiden production venture under the banner A3V Cinemaz.